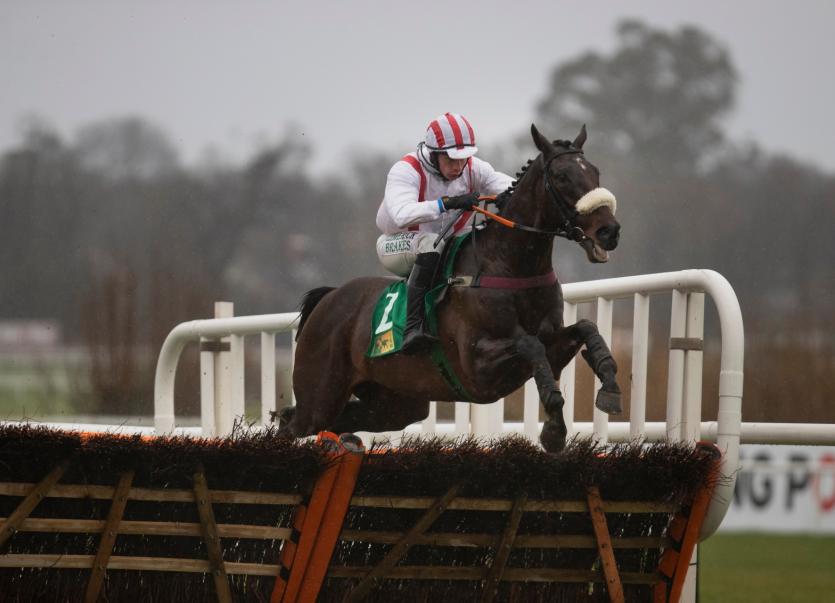 Oola jockey Cathal Landers was among the winners at Leopardstown on Sunday where Cliff House comfortably landed the 2m handicap hurdle. Trained by Dot Love, the 16/1 chance made all the running to score by three and a quarter lengths from Tara Dylan and the winner is likely to embark on a chasing campaign.

Assistant trainer Ciaran Murphy said, “We said today we’d jump him out and let him enjoy it. We’ve had plenty of problems with this lad. It’s his first run back and we think we’ve sorted these bits and pieces — it’s a nice surprise. The plan was always to go over fences over the summer, and we said we’d give him a chance to win a hurdle before that. He might win another one now on his way to fences. There is a nice race on the Flat in him too, a two-mile Flat race. It would be lovely to go to Fairyhouse at Easter with him and then on to Punchestown.”

Galway Plate winning jockey Mark Enright proved one of the heroes at Leopardstown as he landed the 2m5f handicap chase on 14/1 shot Woods Well for Gordon Elliott and Gigginstown House Stud. The outsider of the eight-runner field was involved in a three-way battle coming down to the last, but Enright held on after the horse ploughed through the fence, lost both of his irons, but still managed to boot the horse home without those aids, beating Ask Nile by three-parts-of-a-length.