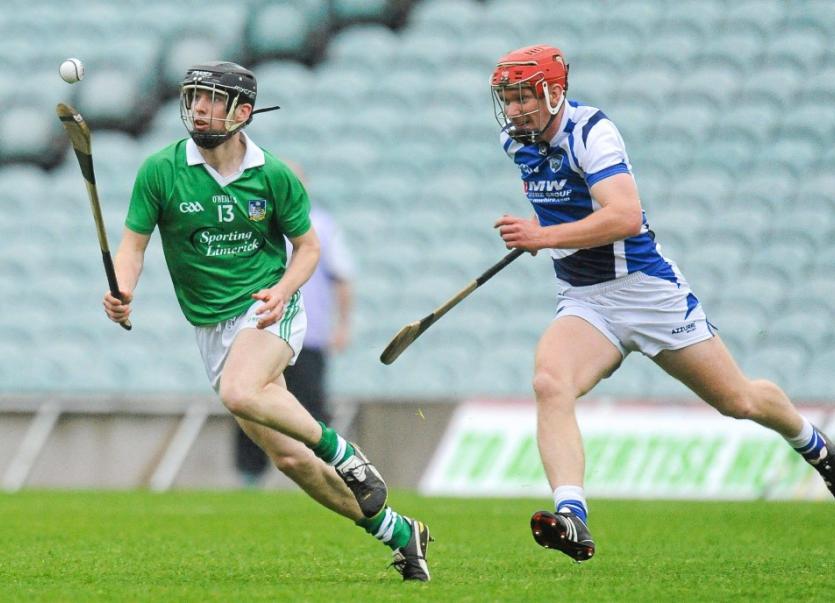 Graeme Mulcahy and Limerick will renew acquaintances with Laois

Croke Park officials have confirmed the game will be played underlights in O'Moore Park in Portlaoise with a 7pm start.

As both Limerick and Laois had just two home games in the group stages of the league, there was a toss for home advantage.

Division 1A table-toppers Limerick arrive in the quarter finals with wins over Wexford, Tipperary, Kilkenny and a draw with Clare, while Laois beat Offaly and drew with Carlow to finish in fourth place in Division 1B.

As a result of some postponements on Sunday, the remaining quarter finals will now take place on the St Patrick’s Bank Holiday weekend and the semi finals on the weekend of March 23/24.

The Allianz hurling league final will now take place on the same weekend as the football finals (weekend of March 31).

John Kiely's Limerick will be bidding to reach a fourth successive league semi final, in what is their sixth quarter final in a row.

Laois, meanwhile, will be appearing in their first quarter final since 2014 - when they lost by four points to Clare in Portlaoise.

It's 1947 since Limerick and Laois met in the knockout stages of the league. Limerick won that game 5-6 to 4-4 enroute to a sixth league crown - beating Kilkenny in the final after a replay.

While Limerick have played in the knockout stages of the league for the last six years, it's 2006 since a final appearance in the competition and 1997 since the last of 11 titles wins.

The full Division One hurling fixtures for the weekend are....