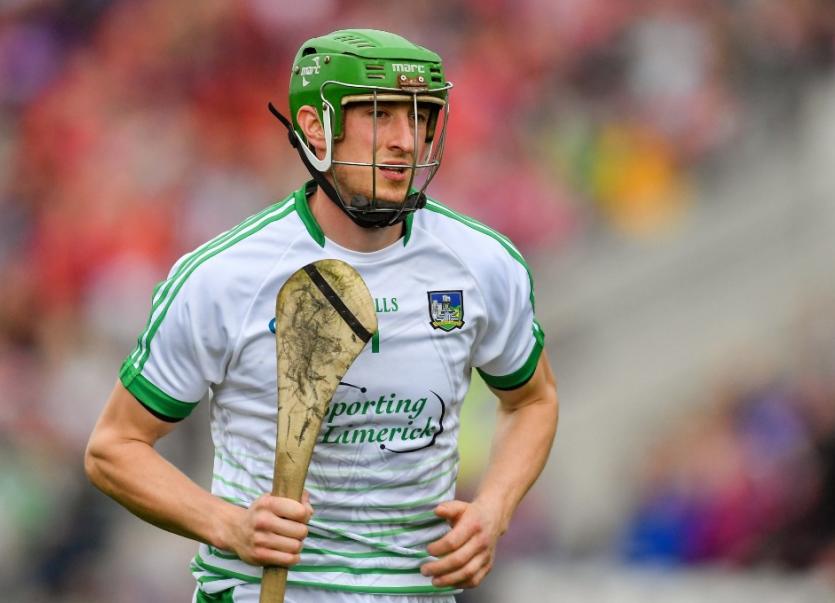 Limerick goalkeeper Nickie Quaid was centre back on the Teachers team

A star studded side were 4-18 to 1-15 winners of Offaly based Grant Engineering.

The final was played under floodlights in Offaly GAA Headquarters - Faithful Fields.

It was a second All-Ireland title in six months for Nickie Quaid - Limerick's All-Ireland SHC title winning goalkeeper was centre back on this Limerick Teachers team.

The Effin man was joined in the 22-man winning panel by his two brothers Tommy and Jack.

The side was captained by former Limerick dual player; Stephen Walsh, who also had his brother Eoin in the side.

The Limerick side were backed by the breeze in the opening half and were 2-12 to 1-5 ahead by the interval.

Managed by Scoil Pol's Mike O'Hara and assisted by fellow Kilfinane teacher Sean O'Donnell, Limerick Teachers were led in the scoring charts by Adare's Willie Griffin, who had goals in either half.

Cathall King and Cormac O'Donovan were also among the first half scores and Limerick Teachers built up a 10-point advantage by the break.

They were only 2-5 to 1-3 ahead by the mid-point of the first half but Jack Quaid and Patrick Kelly were on the scoresheet as the lead was stretched out by half time.

The lead was down to six points early in the second half but a Willie Griffin goal had the scoresheet at 3-14 to 1-10.

The same player was to rubber stamp the All-Ireland title with a goal from a last minute penalty for a 12-point final win.