Limerick and Clare in renewal of rivalry in Allianz Hurling League 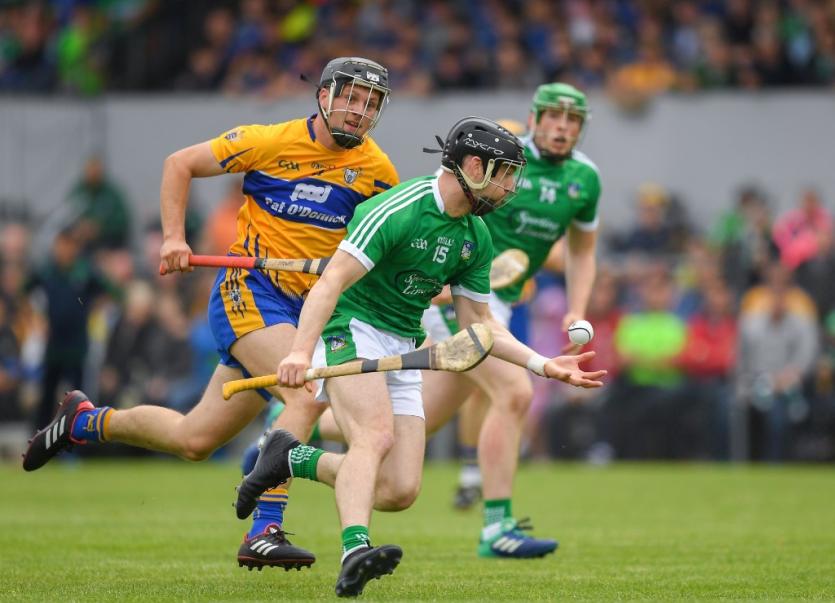 ALL-IRELAND champions Limerick journey out the M18 this Sunday to renew rivalries with Clare.

John Kiely’s hurling heroes are the only side in Division 1A of the Allianz Hurling League that are guaranteed a quarter final spot ahead of the Shannonside derby in Cusack Park, Ennis.

Sunday’s final round group games all start at 2pm and will confirm the line-up for the March 9/10 quarter finals.

The Liam MacCarthy Cup holders can yet finish in any of the top four places, with permutations aplenty – including defeat in Ennis and still finishing as table toppers.

In two weeks time Limerick will be appearing in a sixth successive league quarter final. Finishing the group in first place would see Limerick play Laois or Carlow in the quarter finals. The other potential opponents are Dublin, Waterford or Galway, for quarter finals that will be played on a home or away basis.

While Limerick don’t need a win on Sunday to progress, all involved in the camp will no doubt want to respond to the Cork loss in positive manner.

Thoughts will of course turn back to last June, when Clare were 11-point winners in the Munster SHC but revenge won’t be the motivation according to Limerick manager John Kiely.

“It you do focus on things like that, you take your mind off your preparation and performance,” he noted

“I wouldn’t say it’s a huge game - it’s round five of the national hurling league. We have our six points and we are in a quarter final. Is it a do-or-die win-battle? No it’s not, but we just need to get back and put in another really consistent performance and hopefully a better and more efficient performance and hopefully that will be good enough to get a result on the day,” outlined the manager.

“Ultimately for us it’s about looking at the game with Cork and what weren’t we as good at or not as good at as recent weeks. We will analyse it and see what we need to improve on.

“Our intensity for the first 20-minutes wasn't good enough and needs to be brought up to a much higher level  and our shooting is going to have to be tidied up,” he explained.

“We are not going to win them all and we know that. Today unfortunately was our day to take a loss and we now need to bounce back and have a really good performance and a go off Clare next weekend.”

There is no television coverage of Sunday’s game in Ennis, with GAA officials expecting a crowd of 10,000 with plenty of support from Limerick.