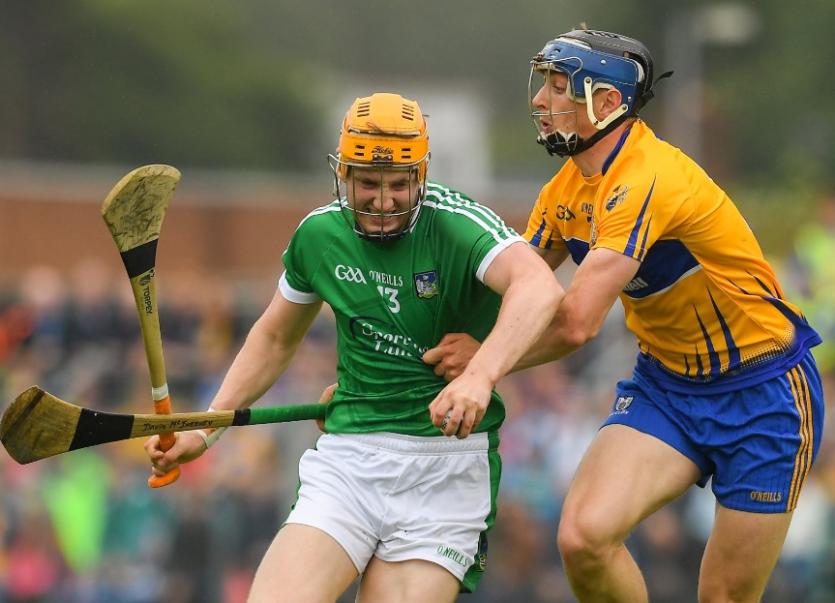 REVENGE won’t be the motivation going to Ennis to play Clare in the final round of the Allianz Hurling League on Sunday, according to Limerick manager John Kiely.

En route to All-Ireland glory, Limerick suffered an 11-point defeat in Cusack Park last June but Kiely insists his side won’t be out to avenge that result on Sunday.

“It you do focus on things like that, you take your mind off your preparation and performance,” stressed John Kiely.

Limerick are the only team guaranteed a quarter final spot ahead of Sunday’s final group games but the Liam MacCarthy Cup holders could yet finish in any of the top four places ahead of the Match 9/10 knockout phase.

“I wouldn’t say it’s a huge game - it’s round five of the national hurling league. We have our six points and we are in a quarter final. Is it a do-or-die win-battle? No it’s not, but we just need to get back and put in another really consistent performance and hopefully a better and more efficient performance and hopefully that will be good enough to get a result on the day,” outlined the manager.

“Ultimately for us it’s about looking at the game today and what weren’t we as good at or not as good at as recent weeks. We will analyse it and see what we need to improve on. Our intensity for the first 20-minutes wasn't good enough and needs to be brought up to a much higher level  and our shooting is going to have to be tidied up,” he explained.

“We are not going to win them all and we know that. Today unfortunately was our day to take a loss and we now need to bounce back and have a really good performance and a go off Clare next weekend.”

Limerick will welcome back Aaron Gillane and Paddy O’Loughlin after Fitzgibbon Cup commitments.

“We will go back and look at it but we were definitely slow out of the blocks - there is no two ways about that. Why? I don’t know. You never really do know but at least the response was there and they took control of it themselves and had our shooting being more accurate we could really have done a lot better. We had 17 wides and that’s a lot of shots and some of those were goal chances and good goal chances,” recounted Kiely after defeat to Cork.