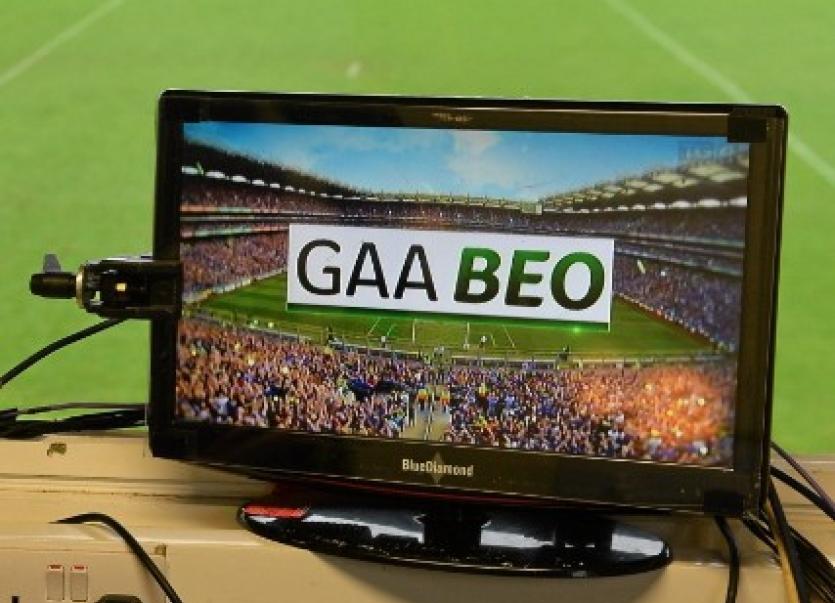 ONCE again there will be no television coverage for the Limerick hurlers next weekend.

After the opening three rounds of the Allianz Hurling League featured the All-Ireland champions, they are now facing into a second successive game away from the TV cameras.

TG4 have three games on their schedule next Sunday March 3 but Limerick and Clare don't feature.

All three final round games in Division 1A of the Allianz Hurling League have 2pm starts and TG4 include just Cork v Tipperary on their schedule.

Roscommon v Dublin will be live, with deferred coverage of the Cork-Tipperary hurling tie and the Kerry-Monaghan football tie.

There are also two live games on Saturday evening, 7.15, on eir Sport - Mayo v Galway and Donegal v Armagh, both in the Allianz Football League round five.

Ahead of the trip to Cusack Park in Ennis, Limerick are the only side guaranteed a quarter final spot from Division 1A.

But Limerick can still finish anywhere in the top four with permutations aplenty.

Clare most likely need a positive result to advance, albeit there is a sequence of results that could see them lose and progress to the March 9/10 knockout stages.

Limerick can still play five of the six teams from Division 1B in the quarter finals - Galway, Waterford, Dublin, Laois or Carlow.

A top of the table finish would see Limerick play, Laois or Carlow.