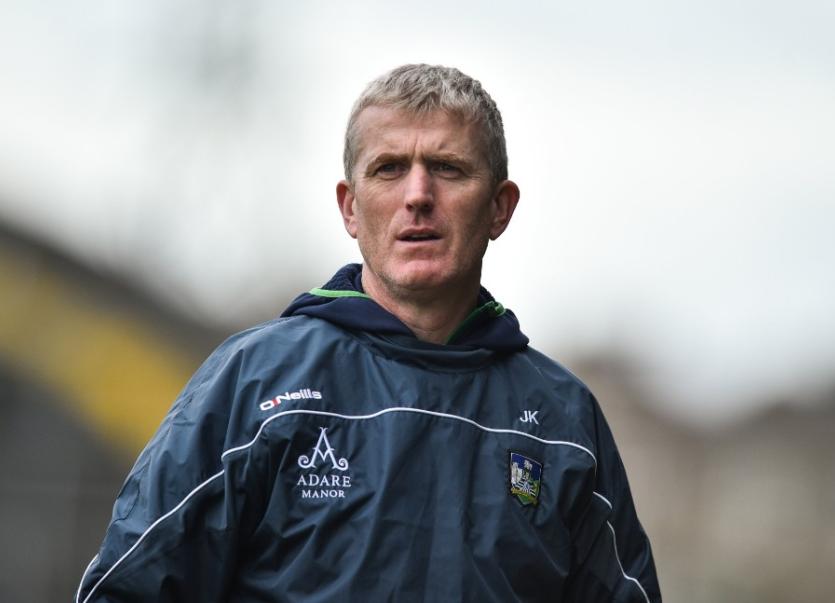 John Kiely picturing during the loss to Cork

LIMERICK will take ‘their medicine and march on’ insists manager John Kiely after his side lost their unbeaten start to the Allianz Hurling League.

“It was a great game of hurling with some fantastic scores and great excitement with a huge crowd. We march on - we move on. We have to take our medicine, we lost a match and that’s it,” said John Kiely after the latest Limerick-Cork epic, which produced 45 scores across 17 players.

“It’s disappointing to lose anytime. We always knew we weren’t going to win every single game - that’s not possible,” said the Limerick manager.

“To be fair to Cork they came today and played exceptionally well and moved the ball well and I think we weren’t at our best and we allowed too big a gap and you are not going to close those gaps every single day,” said Kiely, referencing a nine point Cork lead after 21-minutes in a heaving Gaelic Grounds, where the attendance was 13,407.

“It was a good game of hurling and I am very happy with the overall attitude in that we left ourselves a lot to do when we went nine points down and Cork were playing really well. We struggled at times and we didn’t put as much pressure on their ball as we would have liked and they went nine point up and we dragged it back and showed great courage in doing that but then we let it go back out again and we had to and try bring it back all over again,” he recalled.

“That took a lot of energy and effort – we brought it down to three points and we created one or two great goal chances but we didn’t take them. Cork were always going to create a couple of scoring chances and they took them and that kept the margin at the three or four points bracket and we found it very difficult to get it back level.”

Kiely added: “Overall I am happy with the performance but we will have to tighten up on our shooting. I was happy with the overall effort and commitment of the lads. We had enough chances ourselves to create a scoreline that would have been good enough but we just didn’t take them”.

Limerick were slow from the blocks and paid the price according to Kiely.

”We need to create more scoring chances in the first 20-minutes and get into the intensity of the game a bit better. There had to be a response and we knew ourselves that we weren’t at the level that we would be accustomed to having. We were just a little bit off in that first 15-20 minutes but they responded well before half time and we had a chat at half time and I think they really took the game to Cork in the first 10-15 minutes of the second half.”