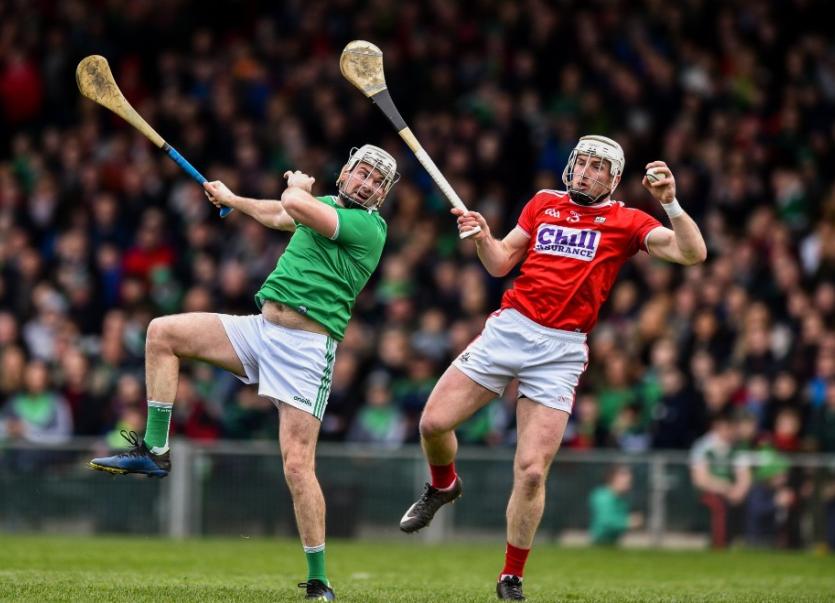 DEFEAT for All-Ireland champions Limerick after a thrilling Allianz Hurling League tussle with Cork this Sunday.

Limerick were down nine points and battled back to level but Cork found the late winning points.

John Kiely's side were left to rue 17 wides.

Next up is a visit to Ennis next Sunday to play Clare in the final round group game in Division 1A.

It was a jittery opening 35-minutes from the home side with Cork setting the tempo and looking the sharper and hungrier and were backed by a tricky breeze.

Limerick had nine wides in the half and also hit both the upright and had a shot taken off the crossbar.

Three successive scores from Cork opened the scoring until Seamus Flanagan announced his return after two games away with a fine point.

The lead was sizable when Patrick Horgan goaled in the ninth minute - the ace marksman fetching over Tom Condon and finishing from close range for a 1-4 to 0-1 lead.

As the Limerick wides tally reached seven by the 17th minute, the scoreboard read 1-6 to 0-3 with Shane Dowling on the mark with a free and one from play.

But Cork weren't allowing Limerick to find form and a second of the day from Seamus Harnedy helped them to move nine points clear with 21-minutes lapsed.

Then came the best Limerick spell of the half.

The tonic goal came in the 25th minute - Pat Ryan feeding Peter Casey and he applied a classy finish from an angle to the left of the goal.

Diarmaid Byrnes and Gearoid Hegarty both profited from interceptions and their points had the lead down to five points.

But frees from Horgan maintained the Cork advantage with a long range Byrnes' free the only Limerick score of the final nine minutes that were played by Carlow referee, Patrick Murphy who didn't win favour with home following.

Limerick looked a different team in the second half and made the early running to reduce the deficit to 1-13 to 1-11 with Peter Casey on the mark to start the run of scores after just nine seconds.

Cork hit back and punished a poor short Limerick puckout in the ninth minute when Conor Lehane goaled and the men in red were back seven points ahead,  2-15 to 1-11.

Tom Morrissey and Cian Lynch stepped forward with responses with Cork very nearly had another goal in the 13th minute but a Lehane shot hit the upright.

Na Piarsaigh duo Peter Casey and Shane Dowling found the range from play and with 58-minutes on the stopwatch the lead was one score - Limerick 1-16, Cork 2-16.

With Cork hitting four successive wides, their first of the half, Limerick had the lead down to two points with sub Graeme Mulcahy on the mark with nine minutes to play.

Casey again and then Byrnes from a '65 levelled the contest for the first time with five minutes to play.

Alas, Cormac Murphy hit back with the first Cork score in 14-minutes to end a run of six successive Limerick points.

Limerick never got ahead and Cork found three of the last four points to win.