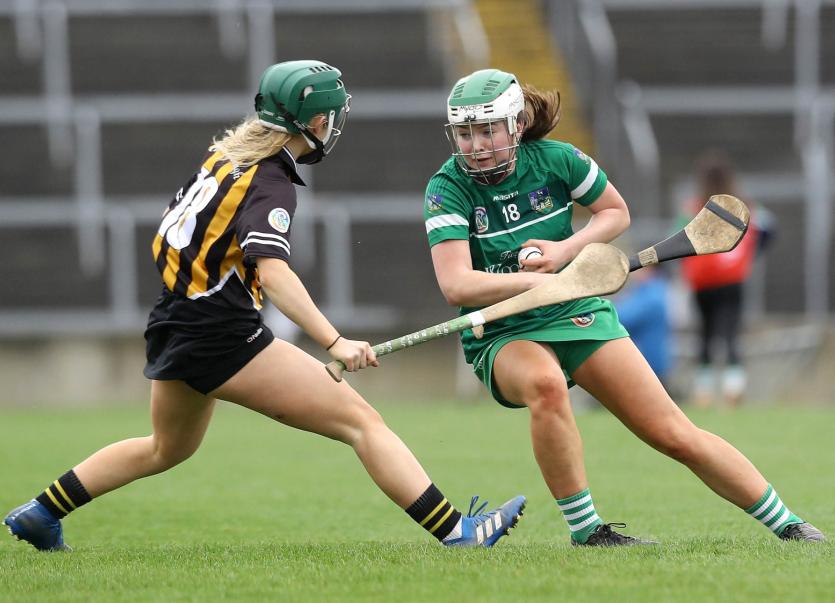 LIMERICK suffered an injury time defeat to Kilkenny in the final round of the Littlewoods Ireland Camogie League this Sunday.

In the Gaelic Grounds it finished, Limerick 0-14 Kilkenny 1-12 with Michelle Quilty popping up with a late winner for Ann Downey's side.

Both sides brought a 100% record into the final round group game and both were already assured of a semi final spot.

Kilkenny now progress as group winners with Limerick to play either Cork or Galway on March 10.

It was a 30-minute period where the sides were level on four occasions.

But Kilkenny did have seven first half wides, compared to just three for the home side in the Gaelic Grounds.

Limerick did have a number of goal chances though - Caoimhe Costelloe with a brief sighting of goal after three minutes and Laura Stack with a 16th minute half chance.

A Niamh Mulchay free opened the scoring but Kilkenny were soon ahead with Meigan Farrell and Denise Gaule points.

Rebecca Delee played in Limerick's win over Fermanagh in the Lidl Ladies Football League less then 24-hours earlier in Fermanagh and showed no ill-effects with a fine score from distance in the 10th minute.

Gaule and Stack then exchanged points for a share of the spoils at the mid-point of the half, 0-3 each.

The Cats then moved two points clear with a Caoimhe Costelloe point the only Limerick score across a 12-minute spell.

But the girls in green finished well with two Mulcahy frees ensuring it was all-square at half time.

A fourth Mulcahy pointed free edged Limerick back in front on the resumption of the second half.

Kilkenny then hit the net and not before two pointed Quilty frees.

The goal, five minutes into the second half, was a flowing move finished well by Anna Farrell for a 1-8 to 0-7 lead.

The Limerick response was good with two superb points from Sophie O'Callaghan and Caoimhe Costelloe.

Free-takers Mulcahy and Quilty extended their personal tallies and as the game entered the final 10-minutes it was 1-10 to 0-11 to Kilkenny.

A third fine point from captain Costelloe reduced the deficit to a single score but just as quick Kilkenny sub Aoife Doyle hit back.

An eighth free of the afternoon from Mulcahy tied up the teams for the sixth time and looked to have sealed a draw but Michelle Quilty hit the winner in the second minute of injury time.