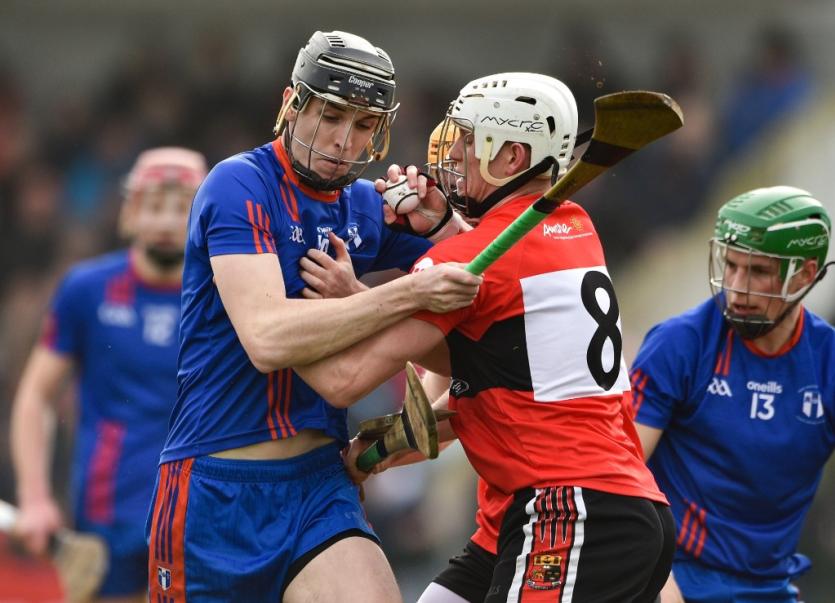 Action from today's final in Waterford

Limerick's Aaron Gillane was ever reliable from frees for the Limerick college, but ultimately UCC were a far better team and it showed come the full time score-line.

Mark Kehoe was majestic for the victors, scoring 1-4 over the duration of the match, including one superb individual goal. UCC held an eight point lead at half time and completely dominated the second half, with Conor Browne’s goal sealing the victory.

It was the Limerick college who opened the scoring courtesy of Michael O’Loughlin. UCC responded with a place ball effort from Chris O’Leary, which was quickly cancelled out with a free from Limerick star Aaron Gillane.

David Griffin leveled procedures with a well-taken point, before UCC’s Mark Kehoe scored what was a spectacular goal. Kehoe won the ball and got past a series of opposition defenders superbly, before finding the back of the net.

Three successive scores from Colm Roche gave UCC a six point advantage and it looked a long way back for Mary Immaculate college from this juncture. The Limerick college responded with three scores of their own though courtesy of Aaron Gillane (2) and Colin O’Brien before Kehoe settled his side with a decent effort.

Two frees from Shane Conway left seven between the sides and a long range effort from wing-back Chris O’Leary gave UCC a 1-12 to 0-7 interval advantage.

Mary Immaculate College needed a strong start to the second half and Jamie Wall’s side did come out of the traps quickly, with Gillane finding the target from a place ball effort.

Tipperary’s All-Ireland winning u21 captain Colin English split the posts with an effort to reduce the gap to six but that was as good as it got for the Limerick side as UCC took control of procedures for the remainder of the game.

Mark Kehoe added two points, before Gillane again found the target for his side.

The game was over as a contest after Conor Browne found the net in the 40th minute, with the UCC star finding the net from close range to give his side a ten point advantage.

Mary Immaculate were never going to be able to claw back a ten point deficit and UCC cruised through the remainder of the match.

Shane Kingston’s 61st minute score turned out to be the final score of the afternoon, as UCC eased to a 14 point win.