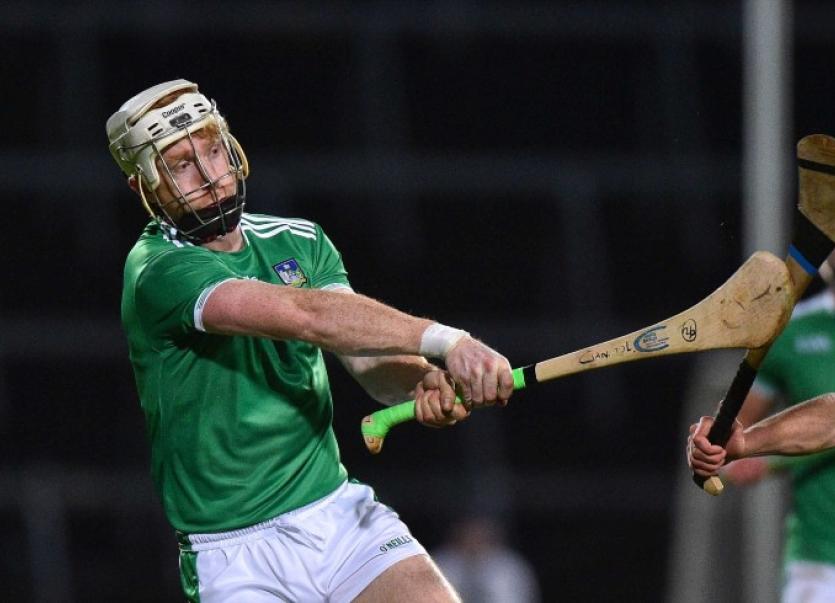 Hurler of the Year Cian Lynch returns to midfield

THERE are eight changes to the Limerick team for Sunday's Allianz Hurling League visit of Cork to the Gaelic Grounds.

Among the eight are a league debut for 19 year old Mikey O'Brien at wing back.

O'Brien played minor hurling with Limerick in 2017 and last season was centre back when Doon reached the Limerick SHC final.

County captain Declan Hannon also returns to defence. It's a rearguard where goalkeeper Nickie Quaid and the entire full back line of Tom Condon, Sean Finn, Richie English as well as Diarmaid Byrnes have played every minute of the three games to-date.

In midfield and attack there have been plenty changes from game to game - for Sunday's repeat of the All-Ireland semi final Cian Lynch and Darragh O'Donovan are reunited for the first time since last August.

Hurler of the Year Lynch replaces Robbie Hanley among the eight changes from the side that beat Kilkenny last Sunday.

Aaron Gillane and Paddy O'Loughlin are rested due to their Fitzgibbon Cup involvement, while Robbie Hanley, Conor Boylan, Dan Morrissey, Kyle Hayes, Graeme Mulcahy and Barry Murphy all drop down to the substitutes bench.

As well as the debut for Mikey O'Brien, Sunday will be a first start of the 2019 league for Pat Ryan - making it 26 different players to start under John Kiely this Spring in Division 1A.

Limerick v Cork has a 2.30pm start in the Gaelic Grounds and doesn't have any television coverage. The curtain-raiser is Limerick v Kilkenny in the camogie league at 12.15pm.