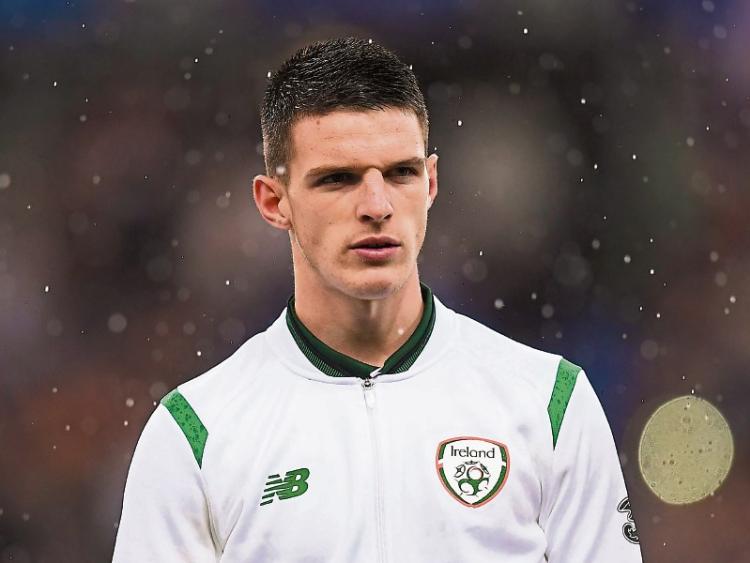 Declan Rice who has decided to play for England going forward

There has been a lot written in the last number of days about Declan Rice and I am sure there is more to come.

The West Ham star's decision to play for England over Ireland has attracted massive amounts of criticism for the 20 year old former Chelsea academy graduate.

There are many angles to this story. Why did he decide to leave Ireland for England? Does he now feel English, when he used to feel Irish? Does he stand to make more money now as an England international? Was that the reason?

Rice's statement is a clear and well thought out ‘PR’ exercise, but the hurt still remains for Irish soccer fans.

Regardless of the reason he has left, Rice has done just that.

Like all things in sport, fans need someone or thing to blame.

A lot of the criticism has been levelled at Rice, but for me, the blame lays with the law makers.

We have moved away from the old rules where you could only play for the country you were born in.

We now have a ‘granny’ rule which Irish soccer has benefited more from than most, while we also have the residency rule in other sports.

Where do the law makers go from here? For me, if a player plays in a friendly, where the anthem is played and where official kits are worn, that is a cap. End of.

The loophole was there for all to see and Rice knew that from the moment he wore the green of Ireland from underage onwards. He knew he had a ‘legal’ out. We can't blame him for taking it, we can just blame those who allowed it to happen.