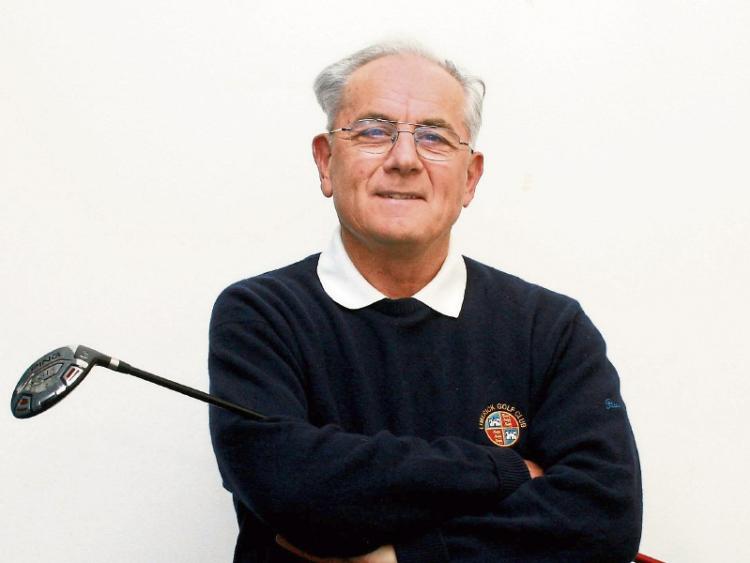 YOU would think that at my age I wouldn't allow golf to keep me awake when I should be asleep. Playing golf helps to keep me fit and alive but it disturbs my sleep.

I may no longer be a competitive golfer but I still want to play it as well as I can. If my 'golfing mind' is not at ease when I am in bed what chance do I have on the golf course?

A turbulent start to the golfing year has been disturbing my slumbers more than usual lately and the silly thing is, the issues that keep arising, are ones that I can do nothing about.

Meanwhile as a result of willfully scuffing no less than five greens in Saudi Arabia, Sergio Garcia damaged his reputation irreparably. There is nothing he can ever do to make it better.

If the European Tour had suspended him for six months the shock of missing out on all of this year's majors might have brought him to his senses? Instead, his angst may never end, and it will haunt him forever.

Every time he is in contention, the media will be asking him how he manages to put his misdemeanour out of his mind and cope?

The first rule is to know the rules! All jobs and professions have rules and their members must know them, be certified, submit to continuing education or they will lose their license.

Are professional golfers, 'professionals' as we understand the meaning of that word, or are they entertainers?

If they are entertainers, why do caddies stand between them and the camera while they look at books, cite the phases of the moon, gauge wind speeds, measure the amount of dew on the ground and anything else they can think of to complicate and slow down a simple task?

There are new rules to make sure that dropping the ball is carried out from knee height or the caddie isn't behind the player without a penalty being incurred.

There is also an old rule that the player has 'only' 40 seconds to hit his shot, but it is never enforced. Slow players are breaking the rules constantly without being penalised.

When Jonny Sexton is taking a penalty, the referee will remind him how many seconds are left in the middle of his pre-kick routine. Maybe it's time the same happened in golf?

Also, there are too many second opinions sought on Tour by top players trying to ‘get away with something’.

A 'health report' on the 'state' of golf in Scotland has given me plenty of cause for staying awake at night.

Participation numbers are dwindling alarmingly in the home of golf. Scottish golf clubs are struggling and several long established ones have closed.

The drop in adult participation is affecting juniors too. With no parental encouragement, why would a junior go out in the wind and rain, on his own, to learn a difficult game he'll never master unless he plays morning, noon and night whatever the weather?

If there aren't enough juniors playing who will be the golf players in the future? I put most of the blame on the legislators (R&A and USGA) who allowed the way the game is played to outgrow the golf courses by failing to control the manufacturing industry's obsession with distance technology.

Longer courses that increase the length of time it takes to complete 18-holes keep me awake at night.

The R&A and USGA have been 'studying' the ball for 40 years without doing anything about it.

Hitting the golf ball a long way is fine but there should be greater rewards for those who hit it 'straight' and show other skills besides achieving long distances off the tee.

To be a great player it used to be that you had to hit a variety of great shots. We should see pros hitting long irons more often (instead of wedges all of the time) from the fairway into par 4s.

When I look at old newspaper cuttings, I am surprised to note the number of times 2-irons 'set up' birdies.

I haven't carried a 2-iron for 35 years and, to be honest, I haven't seen anyone else doing it either. Golf wasn't supposed to be like that!

If I were asked what would have been the one thing that would have made me a better golfer, I would say ‘not allowing myself to be distracted’ - not any lack of ability or effort, not any technical fault - just my inability to stay calm, composed and focused on the job in hand and to keep on trying to make the next shot the best one I ever hit and getting a good night of undisturbed sleep before tournaments!

You might be a golfer when you arrive at that stage but more likely you will only be starting.

At the start of every golfing year, I go through the same ritual of trying to eliminate virtually every swing thought I ever had and, instead, concentrate on keeping my swing as simple and as natural as possible while concentrating on the smoothest action I can muster.

This year, my 59th as a golfer, won't be any different and hopefully it will not allow me lose sleep either. . .