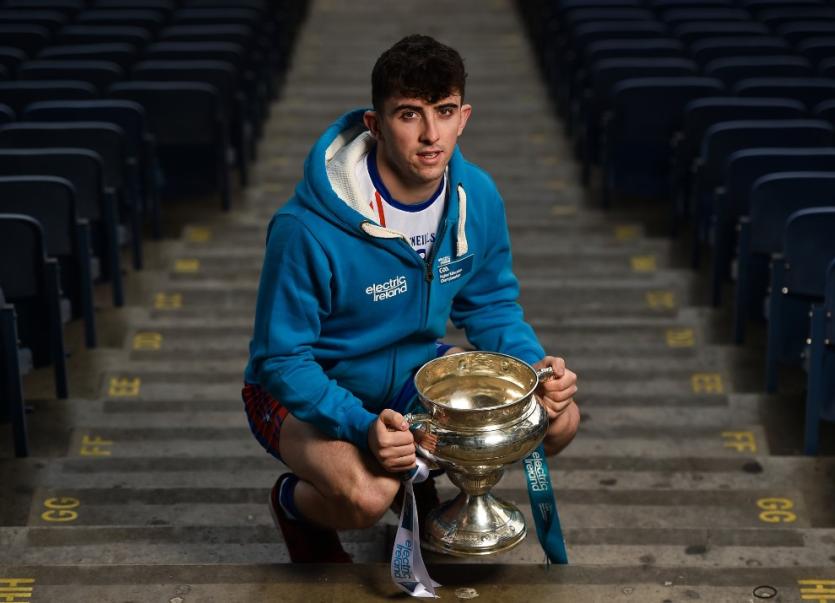 Six years ago Mary Immaculate were appearing in their first final and wing back was Jamie Wall.

Fast forward to 2019 and Wall is team manager and Mary Immaculate are bidding for a third Higher Educational Senior Hurling Championship title in five years.

Champions in 2016 and 2017, Mary I are bidding to return the prestigious title to Limerick for a fifth successive season.

“It is a repeat, but that’s of very little relevance. It’s a totally new occasion and it certainly won’t be about my quest for revenge. It’s about a new group of Mary I guys trying to make their own little bit of history and the UCC boys will be the exact same,” said the Cork native.

Mary Immaculate have beaten Dublin IT, Maynooth, Cork IT and NUI Galway to reach the final. Managed by Wall with Cormac McGrath and Denis Ferncombe, the Limerick side can call upon a host of top inter-county hurlers.

”He is a great leader, a great leader in the dressing room and very popular with all the lads, which is something that isn’t to be understated – a real genuine leader of men. He doesn’t go roaring and balling, but he does what he does on the field and when you need him,” said the Mary I manager.

Wall added: “When the game is in the melting pot, he puts the hand up and wins a puckout or gets a scores. He reminds me of his own club-mate Cian (Lynch) two year ago when we were in finals and when we needed a big win he invariably he stick up the hand and win a ball or a free”.

Over the last decade, Mary Immaculate College has evolved into a hurling stronghold, despite their small male student population.

“Every hurler in Mary I knows eachother and not just these guys but the Freshers, the intermediates and this year we had an inaugural junior team, who were a bit more like a social club than hurlers but they are still a massive part of it. They all go out together, they all get the same gear and that’s the nature of the college – there is no elitist attitude, it’s one in all in, in a very positive sense of the word,” said Wall.

“Mary I is a very generational based college, a family based college – my brother is in First Year, Aaron Gillane’s brother is too. It’s families coming in all the time and therefore it’s easy to build a family atmosphere when we have families steeped in the place.”

In Saturday’s final, which will be broadcast live on the TG4 YouTube page, Mary I face a star stubbed UCC – Shane Kingston, Mark Coleman, Chris O’Leary, Shane Conway and Limerick’s own Paddy O’Loughlin.

“They will go with their 15 hurlers and five subs and hope they got enough to beat us and we will be the exact same. It’s a case of whose 15 turns up better on the day,” said Jamie Wall to LeaderSport.