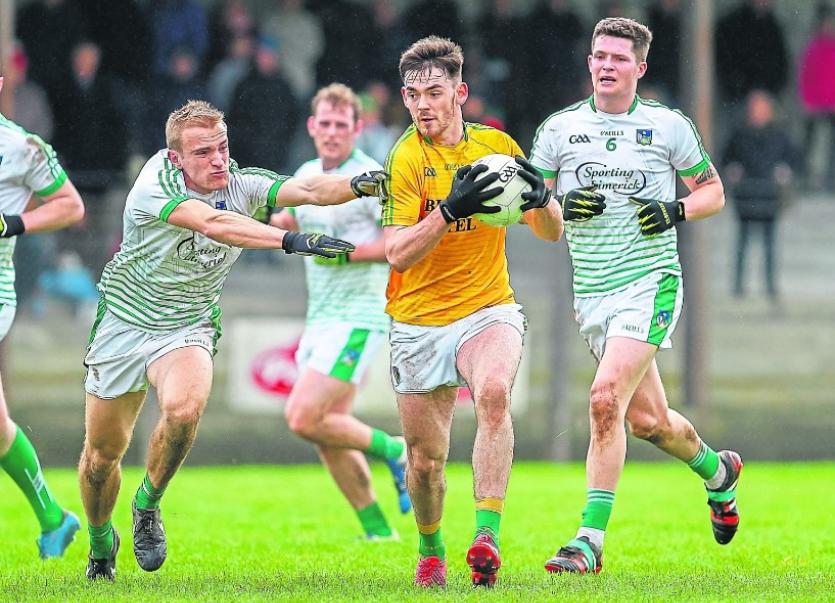 “A line in the sand moment,” is Billy Lee’s recollection of Limerick’s 12-point defeat to Leitrim last year.

Once again the sides meet in round four of Division Four of the Allianz Football League this weekend.

Last year it was Carrick-on-Shannon and this time round, it’s Kilmallock this Saturday (3pm).

“It’s very much on our minds – on the minds of the players and management. It was a line in the sand moment. The question now is, how much have we progressed in the intervening 12-months,” Limerick manager Billy Lee told LeaderSport.

He added: “They wiped the floor with us last year so it’s up to us now to be ready for the challenge.”

“We are all Division Four teams so there isn’t that much between us all. We can all compete with eachother on any day and we aren’t inferior to them.”

Limerick opened their 2019 campaign with back to back wins over London and Waterford but then faltered two weeks ago against Wicklow in Aughrim.

“A bit of composure,” said Lee of the difference between winning and losing.

“We went in with a great position at half time but the message was that the wind wasn’t going to win the game for us. We went out and got a goal and a point but we allowed them back in and gave away a desperate goal and how we responded to that isn’t like we should have – if an inter-county team reacts like that they will be beaten,” said Lee.

“We have played 210-minutes of football in the league and for 190-minutes the confidence was high but we have to learn how to react to set-backs,” recalled Lee of the opening three rounds of action.

On paper at least, Leitrim, Derry Wexford and Antrim in the coming weeks will be a step-up from the games already played.

Limerick will be without suspended full forward Patrick Begley, who was sent off in Aughrim. The big target man has been effective for Limerick to-date but the manager believes his absence can help his side “add another string to our bow”.

While last year will be on the minds of most when Leitrim arrive in Kilmallock, Lee stresses that the Connacht side are an improving unit.

“This is not the Leitrim of old – for the last 18-months Leitrim have been building and improving. They have some good results in the league already. We remember last year but two years ago they came to Newcastle West and Limerick got a win. Right now Leitrim are one of the standard bearers in Division Four so let’s see who we fare,” outlined Lee.

“We have to concern ourselves with our own performance. You have to learn how to respond to situations during games and we if can do that after Wicklow we will have learned a valuable lesson,” outlined the Limerick senior football manager.