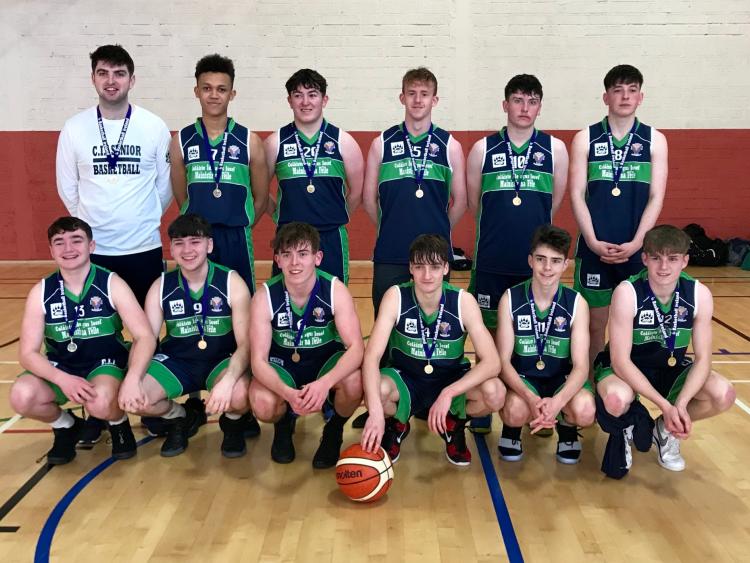 Colaiste Ide agus Iosef, under 19 Basketball team who are in the National final in National, Basketball Arena, Dublin next Tuesday.

For the second year running, Colaiste Ide agus Iosef in Abbeyfeale have made the All Ireland League Under 19 Basketball final. On Tuesday February 26, the boys from the Community College in Abbeyfeale will take to the court against St Andrews College from South County Dublin. The final which will take place in the National Basketball arena in Tallaght and will be screened live on Basketball Ireland's YouTube channel.

For this squad and their coach Niall Twomey this is the culmination of three years of hard work. In the previous two years they have ended up with bronze and silver medals. This year has seen them reach the final after a dramatic 3 point victory over Carrick on Shannon in the semi final in Tallaght in early February.

The Abbeyfeale squad have shown huge commitment in the 2018/19 season with the squad, drawn from a large geographical area of West Limerick and North Kerry, training all through last summer, two mornings a week before school, during all holidays and even playing matches on weekends to prepare for this massive occasion.