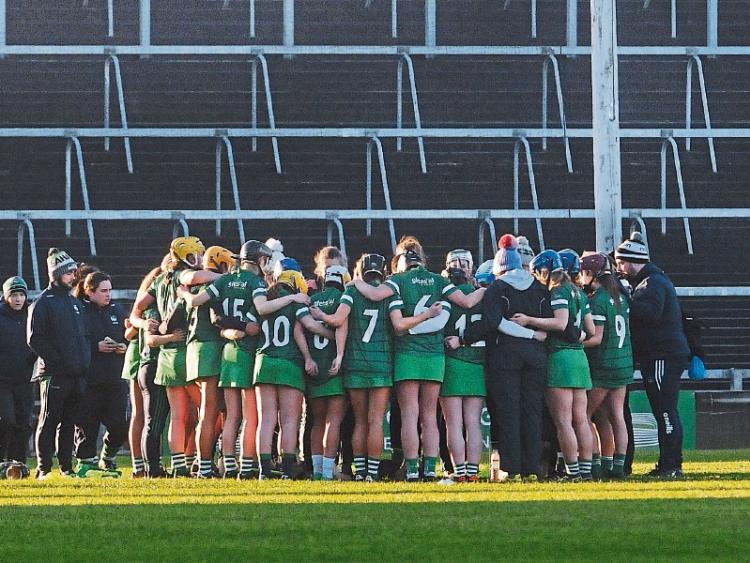 It will be the fifth successive season that Limerick have reached the knockout stages of the league.

As was the case in the previous years, Cork or Galway will provide the opposition in the last four. These two meet next weekend to determine who tops the table.

Likewise for Limerick and Kilkenny – the duo meeting to determine who finished top of their group table.

In Sunday’s win over Dublin, Niamh Mulcahy struck nine points for the Shannonsiders.

But like the wins over Offaly and Clare, the spread of scorers was notable with Caoimhe Costelloe, Rebecca Delee and Caoimhe Lyons carrying on their form of the past few weeks.

Dublin opened the scoring with a first minute point from Evelyn Twomey but Costelloe hit three of her four points from play as Limerick moved through the gears and went four clear by the 10th minute.

Delee’s 26th minute goal was a real blow for Dublin, who had managed to remain in touch thanks to some fine scores by Ali Twomey. Mulcahy added a brace of points from frees and it was 1-10 to 0-4 at the change of ends.

Limerick continued to be comfortable and though Dublin finished strongly with a 54th minute goal by Sinéad Wylde and points from placed balls by Aisling Maher and Aoibhe Dillon, the result was never in doubt.

Limerick have camogie and ladies football league action next weekend, which is an issue for dual players Rebecca Delee and Roisin Ambrose.

While the camogie side entertain Kilkenny in Limerick, there is a trip to Ulster for John Ryan’s Ladies Football side to play Fermanagh.

Kilkenny game is the final round of the camogie league, but the Ladies Football League is only in round three of seven.