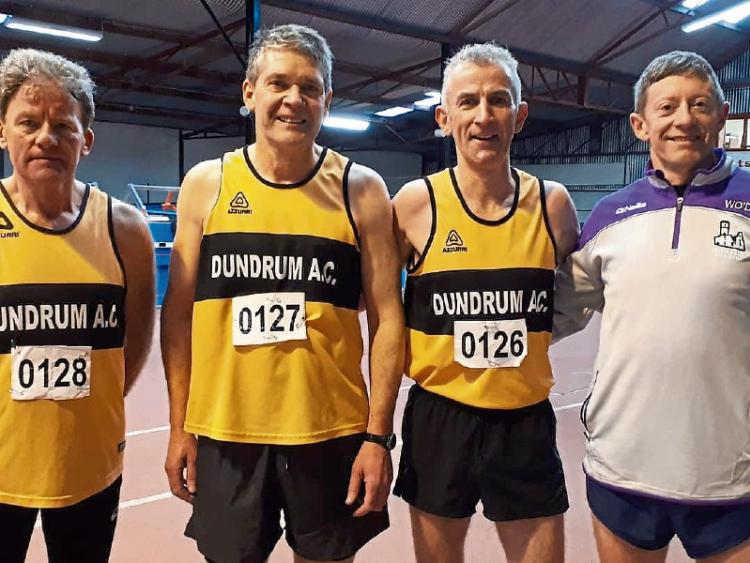 Nenagh was once again the venue for the Munster Indoor track and field finals. They were held over two days on February 9 and 10 and featured all age categories from juveniles to seniors, masters, U23 and junior.

The middle distance events were equally competitive. In the 800m, Shane O’Sullivan and Tony Fitzgerald of Dooneen AC won gold and silver in their respective age categories.

John McCallion of Limerick AC secured bronze in the senior 800m final and Niall Harris of Dooneen was fifth in the 3,000m M35 category.

U-9 boys and girls

Ellen Goggin of Dooneen AC won a silver medal in the 500m race.