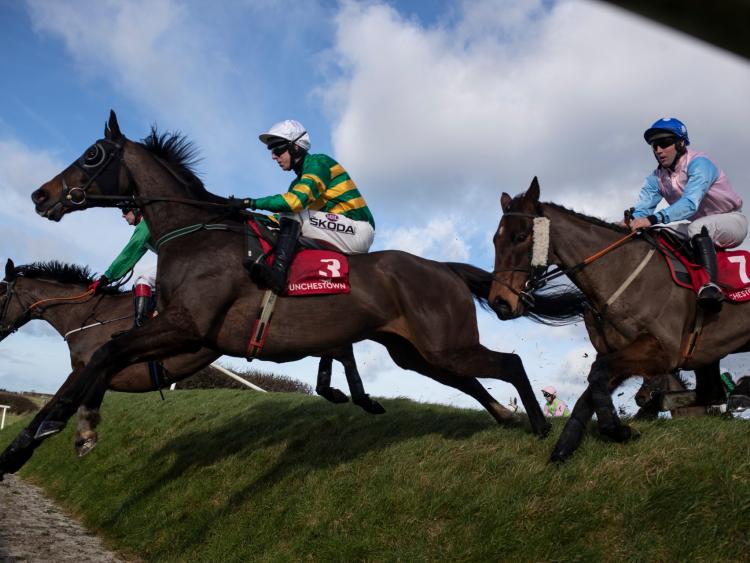 Enda Bolger took great pleasure in landing the PP Hogan Memorial Cross Country Chase for the eighth time in the last 12 years and for the third time in a row at Punchestown on Sunday and it will hardly come as a surprise that the winner, Josies Orders, is heading to the Cheltenham Festival next month.

“Its good to win this race named after my old boss, for whom I rode lots of winners”, said Bolger as he welcomed the 11-year-old back into the winners’ enclosure. A solid 5/4 favourite, Josies Orders was always up with the pace under Mark Walsh and struck for home before the final fence. Beaten a short-head by his stable companion Auvergnat in the race last season, he had two lengths to spare over Hurricane Darwin at the line this time.

Both Auvergnat and Josies Orders now head to Cheltenham for the Glenfarclas Cross Country Chase and the latter will be bidding to supplement his win in the race, under Nina Carberry, three years ago.

Donie McInerney helped local trainer Martin Brassil to a second winner in 24 hours as Take Revenge won the 2m4f maiden hurdle. The 4/1 chance, owned by Sean Mulryan, was well on top at the line as he won from the Jessica Harrington-trained Discordantly.