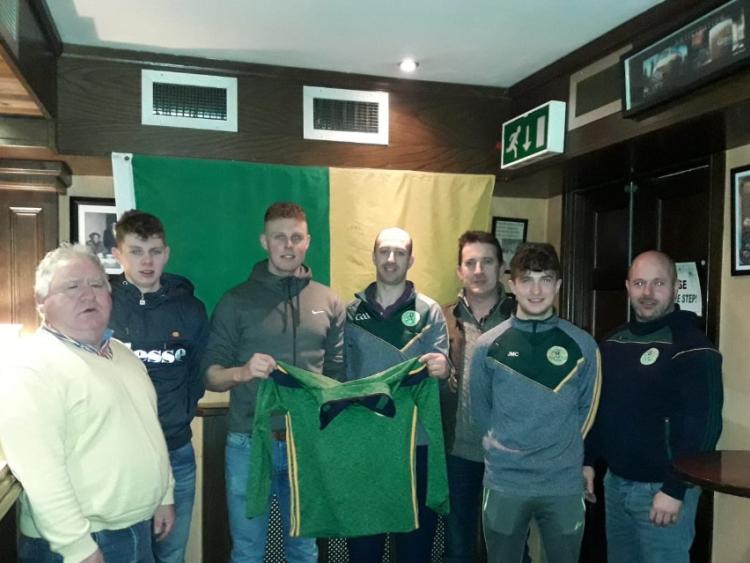 THIS Saturday, February 9 at 2pm in Killeedy, the hurlers of Cappamore will look to bring another All-Ireland hurling title to Shannonside.

The county Limerick side will do battle with Oylegate-Glenbrien of Wexford in the All Ireland Junior ‘B’ series final.

The showpiece is the culmination of a festival of hurling hosted annually by Killeedy GAA club.

Speaking ahead of the game, Cappamore manager PJ Ryan Steel believes his side are in for a real challenge against the men from the ‘Model County’

“They Oylegate-Glenbrien are young, they are fast, they are lively. They won their Leinster title well and we won Munster. I’ve seen them twice and they are very handy.

The scoring average has been going down in games closer to the final. If we could lift a green flag or two that would help” he continued.

Cappamore's run to the final has been built on the success of their U21 side who have helped form a strong spine to the junior side.

“They are aged from the seven U21s up to those in their early 40s. They are a great bunch of lads. The run of games for the U21's was brilliant. I got involved with the U21' last year with the view of bringing on these young fellows up to the juniors. We found the junior ‘B’ team last year was a bit old and they kind of got caught. The young lads were mad for game time so we gave them game time. Every one of them is after improving” added the excited manager.

Ryan also told the Limerick Leader that a win at the weekend would be huge for the community, where hurling plays such a strong role.

“There will be a good crowd out on Saturday for us. There is a great level of support in the parish for us. Whether the teams are going good or bad they are always there for us”

Travelling up to face Cappamore this weekend are the Wexford and Leinster champions Oylegate-Glenbrien.

Speaking ahead of the game Sean Quirke, former chairman of Wexford and a man of that parish said that the game is something everyone is looking forward to.

“There is great excitement down here. It is all new ground for us. We have never experienced anything like this before to be honest.

The ‘series’ run by Killeedy GAA club has given clubs like Oylegate-Glenbrien the chance to get more games for their players who might not have been involved in hurling at this time of the year.

“We have a mixture of young and old on the team and the younger lads are really thriving with the game time” added Quirke.

The series itself, a credit to the organisers is something that the Wexford man believes Killeedy deserve huge credit for.

“It is absolutely marvellous. It is a credit to the GAA what they are doing there. It is really what the GAA is about at its core. It is run so well and so professionally, it is a great competition. It is particularly important for lads at this level (Junior B) who might not get a chance to play at inter provincial level”

So, what of a win for Wexford? What would that mean to the ‘yellow bellies’

“It would mean everything. We have over 200 people welcome home the lads when we won the Leinster title. The cup went to both schools to show them off. It is great that Killeedy offer this competition to clubs like us. The GAA really need to look at recognising this competition officially. They should 100% leave it to the good people of Killeedy to run, but I think that official recognition is something they deserve” added Quirke.

Our news reporter Donal O'Regan has also been out and about in Cappamore, see Page 10 of news for more.