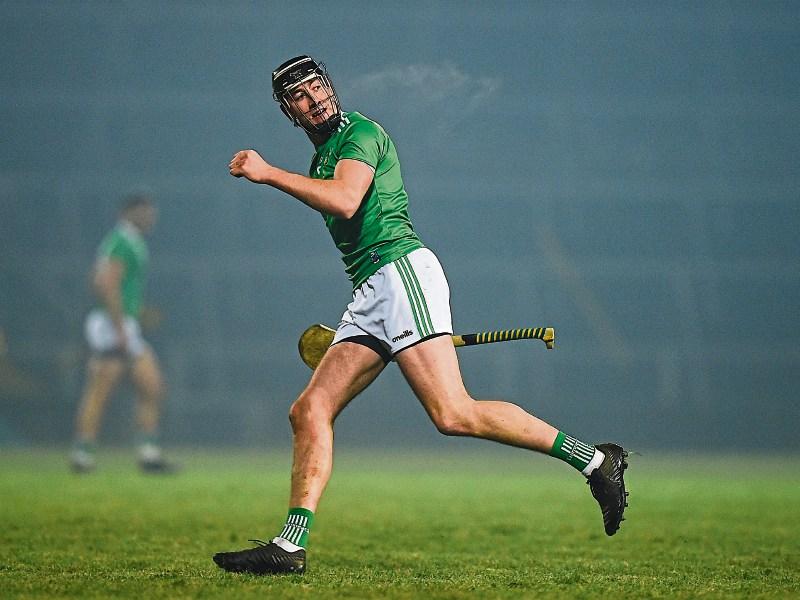 MOTM - Diarmaid Byrnes was the main man for Limerick against Tipperary

Every breath hung in the air like a cloud. The bitter chill with freezing fog was not conducive to good hurling but none the less Limerick continued their good early form when they overcame old friends Tipperary at the Gaelic Grounds last Saturday night.

The conditions were testing for both players and supporters but to Limerick's credit they controlled this game particularly from the third quarter.

In all they scored thirteen points in the second half and it shows they have lost none of their hunger from last year.

Winning this game at home was very important and it sets a foundation to be built upon. Teams need to know that Limerick will be hard to beat on home soil and it was great to see Division 1 hurling back in the Gaelic Grounds.

To Tipperary’s credit they did produce a fine first half and their work rate caused Limerick lots of trouble, but overall they ran out of gas as the game progressed.

This league will be very valuable to Limerick and we are already seeing the part it can play in player development. Limerick looked fresh and they are playing with confidence. The foundation for this win came from the half backline where Diarmaid Byrnes showed the way and was worthy of the man of the match award. Indeed he was well supported by Declan Hannon and Dan Morrissey.

Players will be given opportunities during the league and they will have to take them if they are to remain on this panel. Conor Boylan had his very first game at senior level and he did well. He scored two fine points but his attitude and work rate was impressive. Kevin Downes got the start he was looking for but he made little headway.

With only two games played in the league the players and management have left us in no doubt that they want more.

They have moved on from last year. They have left the greatness of last year behind them and that looks really promising for the year ahead.

Already we are seeing the possibility for change within the squad. Winning last year will be no guarantee that players will hold onto their place this year.

That is exactly how it should be and the greater the edge in training the greater the chances of Limerick repeating the exploits of last year. When Limerick picked up the pace it appeared Tipperary struggled.

Now, we don’t know exactly how much work they did prior to game but either way this was a telling win for Limerick. They have set out their stall, they have sent a message that they a far from happy with the prize they collected last year.

It took nine years for Limerick to return to Division hurling and the crowd of over 8,500 were very happy with this win. I expected a bigger crowd at this game but it appears many have already forgotten that special win last August.

Tipperary lost by seven points but the performances of Willie Connors, Robert Byrne and Noel McGrath are a reminder of the quality they will have come championship.

They have players to come back and be assured they will have more to offer come championship time. Liam Sheedy will have taken the lessons from this game and they will be put to good use later down the road.

There were times during the game particularly in the opening half where Tipperary played the long ball into their full forward line.

This was done to take out the Limerick half backline. That long ball caused problems for the Limerick full backline who at times were pulled out further than they might have liked.

Limerick were far more resourceful than Tipperary who hit some very bad wides particularly in the second half.

Some of those were from frees. Aaron Gillane was razor sharp from placed balls and in general his ability to create space and opportunities makes him a most difficult player to control.

By the three quarters stage Limerick had this game wrapped up. They cruised towards the finish line. In fairness to both teams we did have some great spells of intensity.

Some of the tackles were ferocious and it was interesting to see Limerick players come out on top in most of these moments.

Limerick can mix it, they have size, power, speed and skill and that combination will make them very difficult to beat this year. Of course they will have days when they will be pushed to the limit but you get the feeling with this team that they will find a way to win.

That comes with confidence and a brilliant attitude and in that regard we can have no complaints with how the team has started the year.

It’s pretty clear that John Kiely and his management team will give players opportunities during the league, some have already got them but those opportunities need to be taken because otherwise he will be unable to find reasons to hold them on the panel.

Players get on panels for many reasons, there are some, who with a little work, are ready to take off.

Others, younger but with a good future, need to learn the trade and develop.

Limerick has a mix but it’s vital that new blood comes into the set up. That is the key to motivating existing players and keep them on their feet.

Right now Limerick probably has the finest group of players that have every been available to any management team.

I am confident they will get the best from them. As a group this Limerick team can achieve so much more. I like the hunger they are showing and I really like that they don’t seem to be content with what they have done.

Their time at county level will be short but it’s about making it count. Teams that win after a life time of years normally sit back and reflect at what they have done, in other words they find excuses to explain why they have not come again.

I don’t think that will be the case with this team. The attitude is coming from the management team and the players are responding with style.

Will Limerick go for the league? Only John Kiely could really answer that but do they really want to be going full out heading into what will be a massive championship year.

That is a real balancing act for all counties but it certainly suits those not involved in the Munster championship.

Top flight games in the league will be the makings of many players hoping to impress the Limerick management and the most important aspect of all of that is that they will be ready to serve come championship time.

It was a harsh night for hurling and one that asked questions of all players but it was Limerick that expressed themselves best.

Managing to win and blood new players at the same time is very positive. Limerick travel to Kilkenny for the next round and that will be interesting.

Brian Cody doesn’t loose too many games in Nolan Park and for that reason I would expect a cracking contest.

Finally this week I send my sincere sympathies to two great GAA families. Patrick McLoughlin of Dromcollogher Broadford passed away suddenly over last weekend. He loved GAA and people will tell you that he was well able to mind himself on the pitch when hurling was hard. His son Tom was an outstanding player for his club also.

Philip Dee, who has given superb service at many levels to his club and Limerick GAA also lost his father over last weekend.

James (Jimmy) Dee was a committed man in everything that he did and the popularity of both men was seen in the large numbers that attended their funerals.