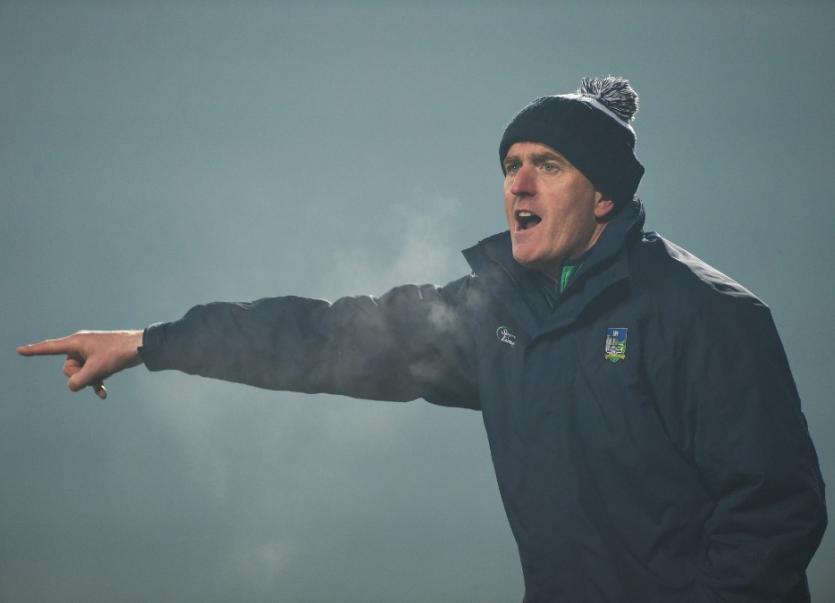 LIMERICK are the new bookies' favourites to win the Allianz Hurling League but manager John Kiely is playing down the early season form of the All-Ireland champions.

Wins over Wexford and Tipperary sit Limerick alone on top of the Division 1A standings with the only 100% record setting the pace in terms of progressing to the quarter finals.

The All-Ireland champions are now the 3/1 favourties to lift the league title on March 24.

However, John Kiely insists his side have no target of ending a 22 year wait for league silverware.

“It’s early doors - still the first two rounds. It will take us where it takes us - we haven’t set down any grand plan as to where we want to get. We want to take it game by game and the most important thing is the attitude of the performances and to-date I am happy with that,” stressed Kiely after Saturday’s seven point win over Tipperary.

“Listen, it’s February 2, there’s nothing won or lost on February 2 but, all in all, I’d be very happy with the attitude of the lads over the last two weeks,” he added.

Limerick have won the league on 11 occasions but are without success since 1997. Limerick have reached semi finals in recent seasons but haven’t appeared in the league final since the 2006 decider defeat to Kilkenny.

Brian Cody’s Cats are next up for Limerick – Sunday February 16 in Nowlan Park.

“We have to put the shoulder down and work hard now for two weeks and see where that takes us,” said Kiely.

“We have a lot of fitness work still to do - we have a load of work that we would normally have done in December that we didn’t get done this year. We have a tough two weeks ahead of us. We will have a really tough week this week in training - they have a lot of work to get through but it’s great to do it coming off the back of the two performances and know that you still have work to do.”

While Limerick have Kilkenny, Cork and Clare to play in the group phase, they are certainly in the driving seat to reach a March 10 quarter final against one of the Division 1B sides - Waterford, Dublin, Galway and Carlow the four in those knockout places to-date.