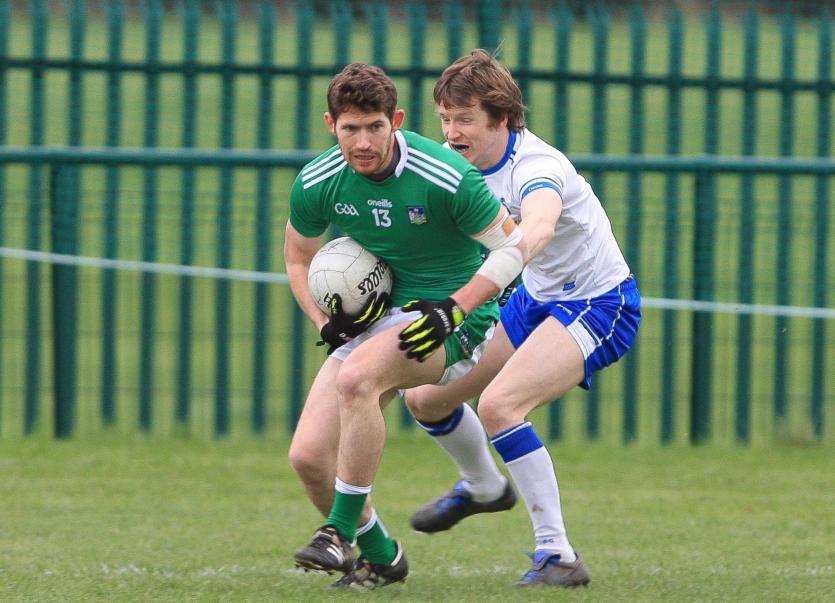 THE Limerick footballers continued their unbeaten start to the Allianz Football League with a 1-13 to 0-10 win over Waterford this Sunday.

The round two Division Four victory came  on the back of the opening day success away to London.

Billy Lee's side have now already bettered 2018 when they managed just a draw and a win - coincidentally against the same two opponents.

Next up for Limerick is a trip to Aughrim next Sunday to play Wicklow.

This Waterford win was impressive from Limerick. Moved from Newcastle West to Mick Neville Park in Rathkeale, Limerick found a run of early scores and never looked back.

ll six forwards scored in the victory with just seven wides across the 70-minutes with positivity galore for the men in green.

It was 0-9 to 0-5 in favour of Limerick at half wide but the home side were backed by the breeze in the opening half.

Waterford were first off the mark but five successive points from Limerick set the tone for the afternoon.

Seamus O’Carroll and Peter Nash both kicked two fine points each in those opening minutes.

Sean McSweeney had a point from a free and Limerick were 0-5 to 0-1 ahead after 11-minutes of action.

Waterford had opened the game’s scoring but then went 18-minutes without a score.

Jason Curry points kept Waterford in touch but Patrick Begley from a mark kept the scoreboard ticking over.

O’Carroll and McSweeney kicked successive points as Limerick’s dominance in open play was copper fastened on the scoresheet – 0-8 to 0-4 with just over a half hour played.

Limerick brought a four point lead into the break when Davey Lyons pointed.

There was to be just one score in the opening 13-minutes of the second half – Jamie Lee scoring after 17-seconds of action.

The point from the centre forward ensured all six of the Limerick forwards had found the target.

Conor Murray had three points from play for Waterford in the second half and he reopened their account in the 14th minute.

Limerick were playing into the breeze but made little in-roads in attack in the early stages of the new half and 14-minutes passed before the home side added to the early Lee point.

When the score arrived it was another from Begley and another mark for the towering full forward.

In the 25th minute of the half, the Mungret man all but sealed the result when he scored the game’s only goal. Lee floated the ball into the goalmouth from the car park side of Mick Neville Park and Begley reached highest to get a vital touch at the back post – similar to Graeme Mulcahy less than 24-hours earlier for the senior hurlers.

The previous week in the one-point win over London, Limerick got nervy down the home straight and allowed London regain a foothold in the contest.

This time round Limerick had more conviction, albeit Waterford did respond to the goal with back-to-back points.

But up the field went Limerick and McSweeney settled nerves with a free.

Murray tagged on another Waterford score but Seamus O’Carroll saw out the win for Limerick with his fourth point from play in the final minutes.

The Dublin club footballer was shown a late blackcard but the win was already secured in a fine Limerick display.