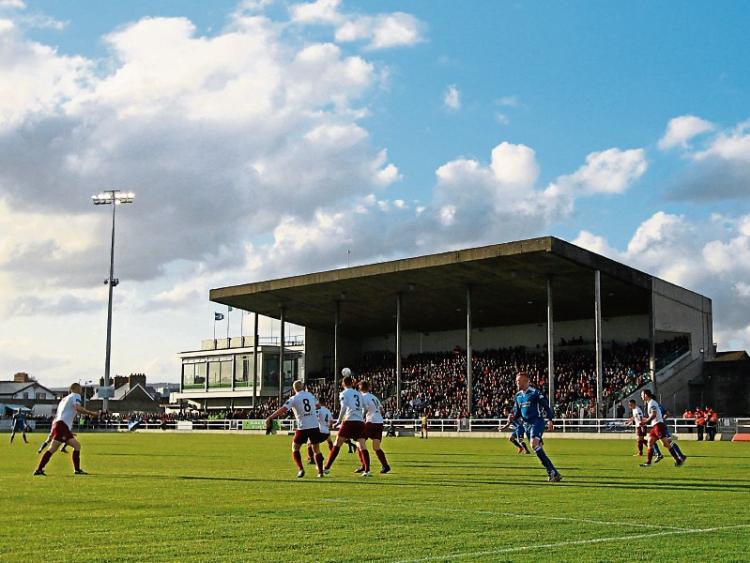 LIMERICK FC Chairman Pat O’Sullivan says the club is ‘looking forward’ to playing their home fixtures in the Markets Field again in 2019.

Representatives from the LEDP (Limerick Enterprise Development Partnership), the Markets Field stadium owners and Limerick FC signed an agreement this week which paves the way for the Blues to play all their home SSE Airtricity League First Division games at the Garryowen venue this year.

Commenting on the agreement Limerick FC Chairman Pat O’Sullivan said: “We look forward to being in the Markets Field in 2019.”

Limerick FC have been playing at the Markets Field since the redeveloped venue reopened on Friday, June 5, 2015.

Relegated Limerick FC will kick-off life back in the First Division with a home fixture against Longford Town on Friday, February 22, 7.45pm.

Tommy Barrett’s Limerick side travel to relegated Bray Wanderers for their second league fixture of the season on Friday, March 1, before hosting Drogheda Utd at the Markets Field on March 8.

Limerick have been back in pre-season training since Saturday, January 5 and, to date, have played friendly fixtures against Cork City, Finn Harps, UL, Waterford Utd and LIT.