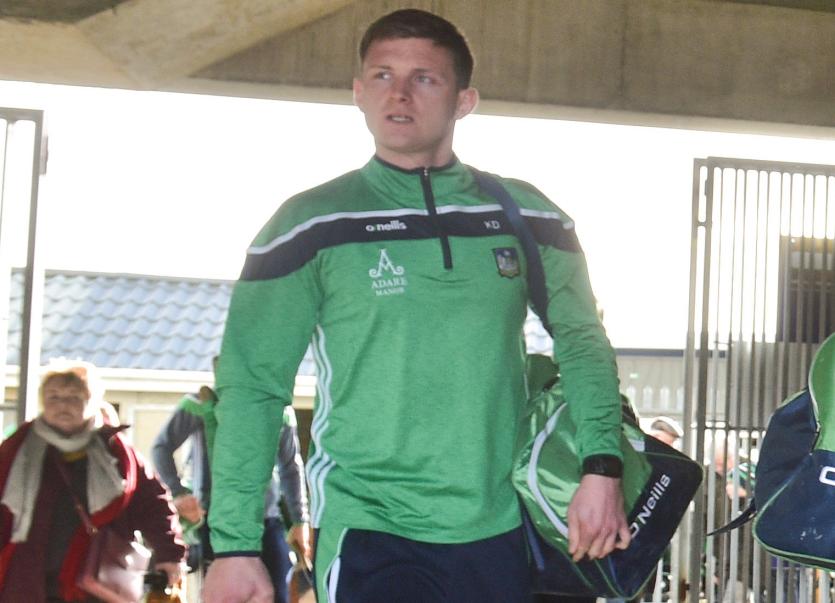 Kevin Downes back in the Limerick team

THERE are four changes to the Limerick team to play Tipperary in the Allianz Hurling League.

Saturday's round two Division 1A tie has a 7pm start in the Gaelic Grounds and will be live on RTE television.

Into the team come Na Piarsaigh duo Kevin Downes and Conor Boylan, along with Darragh O'Donovan and Graeme Mulcahy.

Seamus Flanagan misses out due to a one match suspension picked up in last Sunday's win over Wexford, while Hurler of the Year Cian Lynch drops to the bench along with Na Piarsaigh duo, Peter Casey and David Dempsey, who both had a mid-week Fitzgibbon Cup tie with LIT.

Conor Boylan will be making his league debut after making his senior debut during the Munster Hurling League and directly replaces his club colleague Dempsey.

Replacing Flanagan in the No14 jersey is 2011 Munster U-21 winning captain Kevin Downes, who hasn't played for Limerick in over two and a half years - a July 9 2016 All Ireland SHC Qualifier loss to Clare his last outing.

The inclusion of O'Donovan and Mulcahy means that like in Wexford, Limerick have 11 of their All-Ireland final team on duty.

O'Donovan did play the last 15-minutes in Wexford as he works back to full fitness after sustaining a broken bone in his foot in the Limerick SHC final last October.

All Star Mulcahy missed the Wexford tie as he was abroad for work.

Young Hurler of the Year Kyle Hayes is named among the eleven substitutes. The return of Hayes and Mulcahy are the only two changes to the matchday 26 with suspended Flanagan and Shane Dowling the two not involved from the panel named for Wexford.