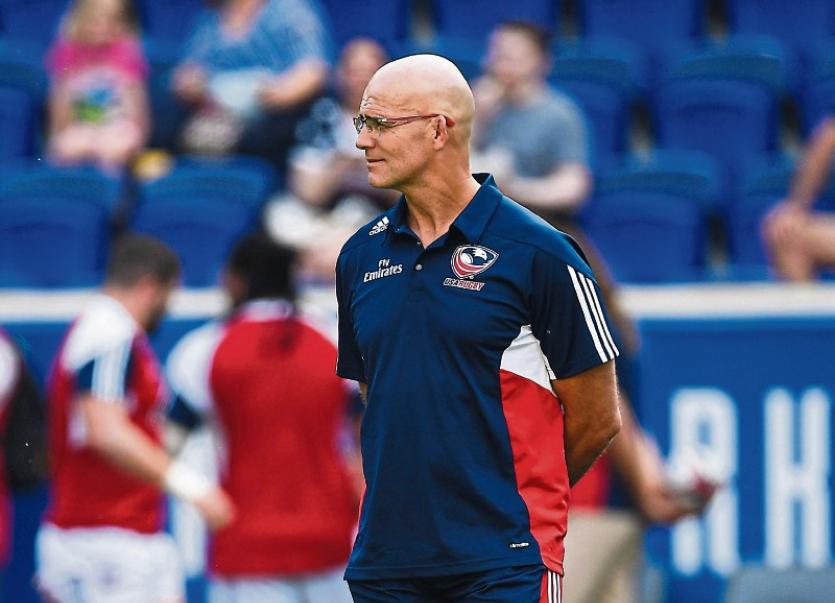 John Mitchell, formerly of Garryowen and USA, now of England

FORMER Garryowen player John Mitchell raised a few eyebrows this week with his assertion that Ireland would ‘try to bore the s**t out of England’ in Saturday’s Six Nations opener in Dublin.

New Zealander Mitchell, the current England defence coach, played in the All-Ireland League in the 1990-1991 season with Garryowen FC and worked in the Limerick area as an IRFU game development officer.

A host of rugby fans seemed outraged by Mitchell’s comments in relation to how Ireland ‘boringly’ play the game this week, but I’m sure it will like water off a duck’s back to Joe Schmidt and his players.

Ireland play winning rugby, that is all that matters.

While his comments on Ireland’s style of play gained much of the headlines, Mitchell was lavish in his praise of just how influential Garryowen clubman Conor Murray is for the Ireland side.

England have been training in Algarve since Wednesday of last week, with a special focus on countering the high-ball threat from Murray.

“Conor Murray is one of the best exponents of the box-kick - his accuracy, his speed, his control - and it is a process they are very comfortable with.

“Ireland are a huge momentum team.”