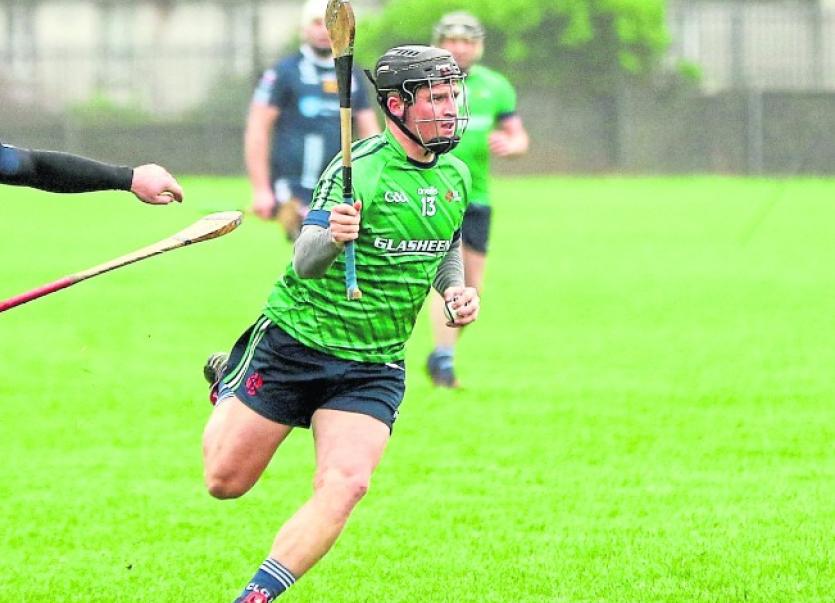 LIMERICK IT eased into the quarter finals of the Fitzgibbon Cup with a 3-21 to 0-8 final round group game win over Trinity College this Wednesday in Moylish.

The 22-point win ensures LIT will have home advantage in the February 6/7 quarter finals when the opponents will be the runner-up in the group containing UCC, NUIG or UCD.

This final round tie with Dublin's Trinity College was straight forward for the Jimmy Browne managed LIT.

The Limerick side included Diarmaid Byrnes, Peter Casey and David Dempsey in their line-up, just three days after all started in the Limerick win over Wexford in the Allianz Hurling League. Such was the LIT dominance all three were rested by half time with John Kiely's inter-county side back out in action against Tipperary this Saturday evening.

LIT also had Oisin O'Reilly and Brian Fanning on duty while former Limerick All-Ireland U-21 winning goalkeeper Eoghan McNamara and Daniel Long were in the colours of Trinity College.

The first goal came in the 12th minute from Offaly star Oisin Kelly and LIT were 1-4 to 0-1 ahead.

A 15-point half time lead was copper-fastened when Peter Duggan had the third goal five minutes before the break.

As well as taking off many of their inter-county stars, LIT also hit 10 wides but still eased to the win with nine different scorers.