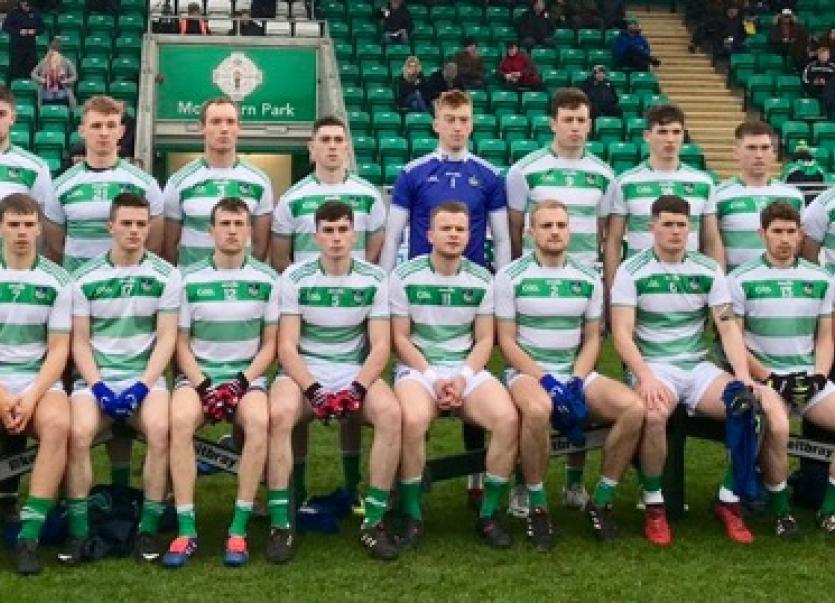 The Limerick Senior football team in their changed kit. Pic: @LmkFootball on Twitter

The Limerick Senior footballers opened their 2019 Allianz Football league campaign with a 0-11 0-10 win over London in Ruislip this afternoon. Billy Lee's men went one better this season, having drawn with the exiles in the League in 2018.

The hosts raced into a 0-4 0-1 lead mid way through the opening half, but a response from Limerick before the short whistle, with points from Sean McSweeney and Tommie Childs, saw the visitors go into the break level at 0-5 to 0-5.

Limerick's momentum carried into the second period as they kicked four unanswered points to go into a 0-9 to 0-5 lead. Peter Nash (2) and Sean McSweeney (2) were the provides of what looked like a game Limerick could win easily.

London are made of more however and they replied with points from Killian Butler and substitute Adrian Hanlon to leave the score at Limerick 0-9, London 0-7 entering the last 10 minutes.

However points from Peter Nash and Seamus O'Carroll were enough to secure Limerick the two points, even if a late point from Liam Gavaghan did see the game end in a nervous fashion for the Shannonsiders.

Next up for Limerick is a round two tie on Sunday Feb 3 at home against Waterford.