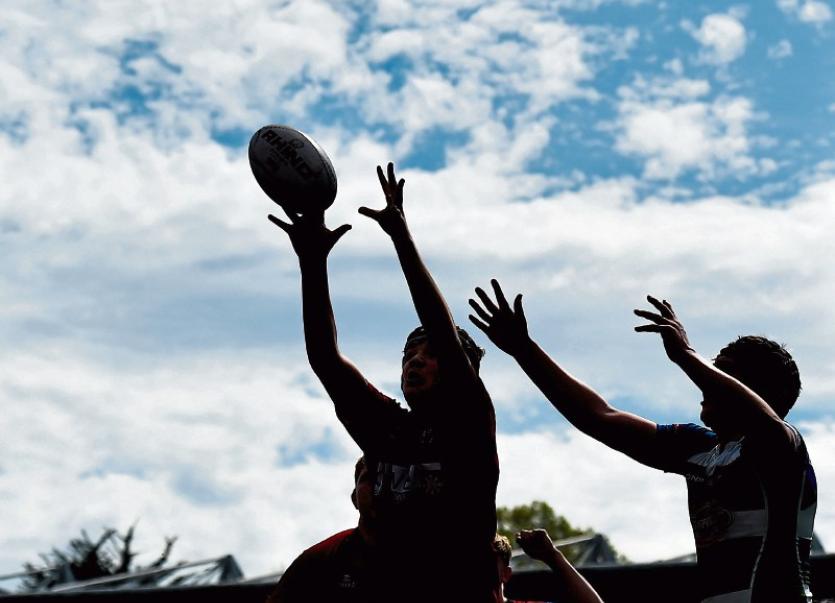 While Young Munster suffered a heavy defeat in Division 1A, UL-Bohemian and Old Crescent recorded vital wins in Division 2A and both Bruff and Thomond picked up crucial successes in 2C.

Young Munster fell to a seventh defeat in their last eight Division 1A fixtures after suffering a  31-5 thumping at the hands of table toppers Cork Constitution at Clifford Park.

The result sees second-from-bottom Munsters’ drop into the relegation play-off positions in Division 1A with seven series of regular season fixtures to go.

Free-scoring Cork Con led the game 12-5 at half-time, despite Munsters’ taking an early lead when Derek Corcoran touched down off Alan Tyan’s neatly-placed grubber kick through.

The Leesiders struck for a crucial third try after the re-start through Rob Jermyn, while Aidan Moynihan also added the conversion for 19-5.

Con’ secured the bonus point when Greg Higgins crossed for their fourth try, with Moynihan on target with the extra for a sizeable 26-5 lead.

The visitors added a fifth try before full-time to seal a comprehensive 31-5 success.

Meanwhile, in Division 2A on Saturday, fourth-placed UL-Bohemian got back to winning ways when scoring an exciting 23-19 victory over Munster rivals Dolphin at Musgrave Park.

Promotion-chasing UL-Bohs led their hosts 13-0 at half-time, with tries from Joe Murray and Robbie Bourke, while Mike Mullaly added a first half penalty goal.

Dolphin hit back with two tries in the third quarter to close the gap to one point, 12-13, after 55 minutes before a second Mullaly penalty stretched the Annacotty side’s lead to four points, 12-16.

Brian Walsh added a third try for the Red, Red Robins on 68 minutes, with Mullaly’s conversion making it 23-12 to the visitors.

However, any thoughts that UL-Bohs had finally taken the sting from Dolphin’s challenge were dismissed when a 73rd minute try for the home side left four points between the sides, 19-23.

The gritty Annacotty side did retain their lead until half-time, however, to bounce back from their derby defeat just eight days earlier in fine style.

Also in Division 2A, Old Crescent followed up on their excellent derby win over UL-Bohs eight days ago when dishing out a 49-17 hiding to Blackrock College at Rosbrien.

Crescent scored seven tries in all as the Limerick side put their Dublin visitors to the sword.

Crescent, who led 14-5 at half-time, scored two tries in that opening period from Gary Fitzgerald and Cathal Monaghan added eight more tries in the second period.

The prolific Val McDermott managed a second half hat-trick of tries, while Cathal Monaghan grabbed his second five-pointer, and Mark Rickard also crossed the whitewash. Ronan McKenna added seven conversions for the home side.

Bruff, who led 14-10 at half-time, had tries in the opening period from Davy O’Grady and Cian Clifford. Second half tries from Sean Darcy and Jack O’Grady ensured Bruff claimed a maxium five-point haul from the fixture.

The win sees promotion-chasing Bruff jump up to third place in the Division 2C table, just one point behind second-placed Midleton.

Also in Division 2C, improving Thomond made it back-to-back league wins when edging past Tullamore 15-11 at Spollanstown.

The win sees Thomond remain in ninth-place in the table, but the Limerick side has moved level on points with Saturday’s opponents Tullamore in the crucial relegation battle.

Thomond had won just one of their opening nine league fixtures, but have now brought their tally of wins to three with Saturday’s crucial away success in Co Offaly.

Thomond, who trailed 5-8 at half-time, had a try in the opening period from Colin Slater, while the Fitzgerald Park side was also awarded a penalty try and their highly influential out-half Evan Cusack also kicked a crucial penalty goal.