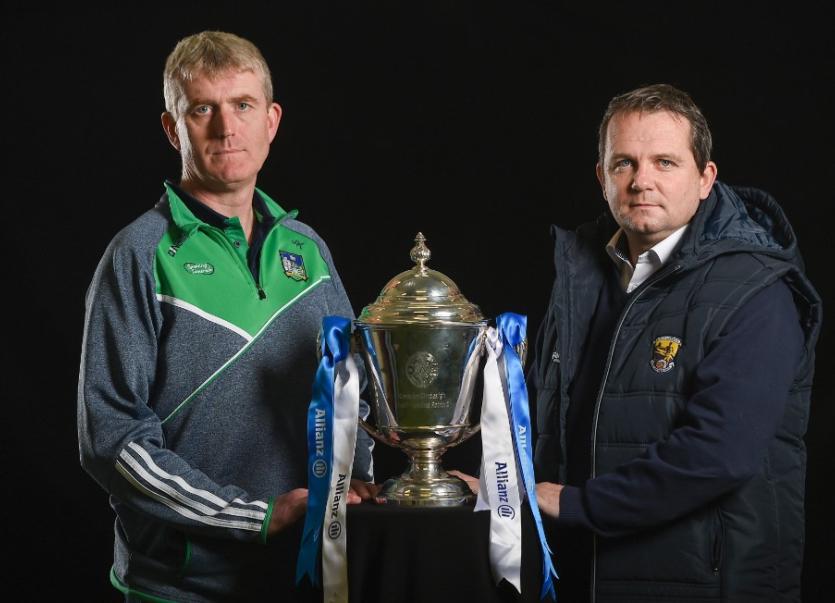 ALL-IRELAND champions Limerick return to the top flight of the Allianz Hurling League this Sunday afternoon with a trip to Wexford.

While 2018 will always be remembered for the Liam MacCarthy Cup success, last March Limerick ended an eight year wait for league promotion.

Sunday (2pm) in Innovate Wexford Park against Davy Fitzgerald’s side will be Limerick’s first game in Division One since 2010 – just Nickie Quaid and Graeme Mulcahy remain in the panel from that starting team.

Limerick and Wexford have met in the second tier of the league in recent years but it’s 2005 since the counties last met in Division One in the south-east.

Sunday’s game will get deferred coverage on TG4 with coverage around 3.30.

Limerick will definitely be without cruciate ligament injured duo Richie McCarthy and Paul Browne and David Reidy, who suffered a shoulder injury in the Munster League win over Kerry in December.

Limerick have a 42-man panel for the Allianz League and their first home game will be a Saturday February 2 flood-lit fixture with Tipperary.

The Limerick footballers also begin their league this Sunday – away to London in Division Four.

Like the hurlers, the footballers will be at home in round two - a Sunday February 3 tie with Waterford.

Limerick lost six of their eight competitive games last season and enter the Allianz League on the back of a 17-point loss to Cork in the McGrath Cup.

The Limerick senior football management have a 39-man panel for 2019 with Iain Corbett and Donal O'Sullivan joint captains.