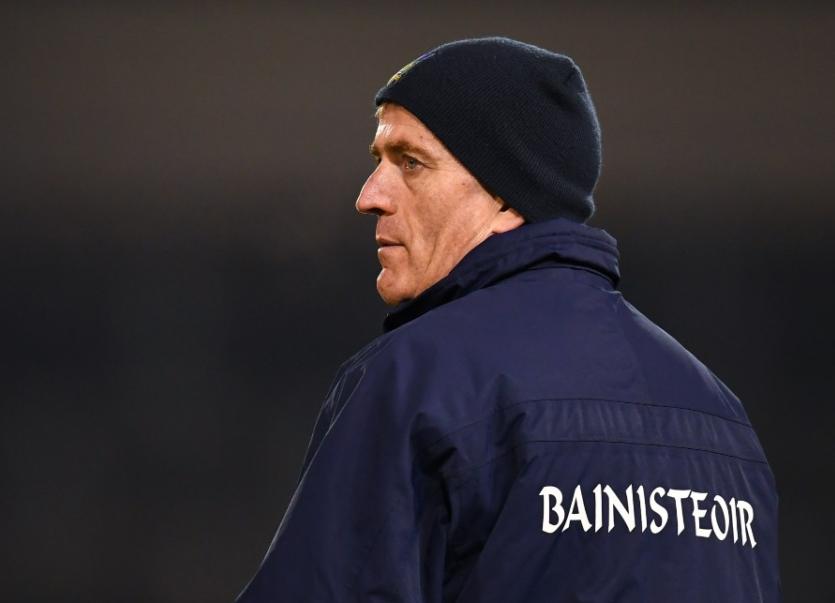 “FOR us, 2019 is a new season,” stressed Limerick manager John Kiely ahead of Sunday’s start to the Allianz Hurling League.

A new season but all has changed – Limerick are All-Ireland SHC champions after a 45-year wait and back in the top tier of the league after an eight year wait.

No such talk from John Kiely or his players though.

“I can assure you within the camp, that would not be the case – it’s not something that we make reference to. What’s written or said about the team, is something outside of our control and something that we wouldn’t take a lot of notice of. What we are concerned about it the narrative internally,” Kiely told LeaderSport.

The first of five group games is a trip to Davy Fitzgerald’s Wexford on Sunday but Limerick haven’t set any goals according to their manager.

“I never put targets down on ourselves – we never approach it like that and it doesn’t even enter our minds. We just approach every game as it comes and prepare as best we can to perform as best we can and then see where that takes us,” he outlined.

Limerick have a 42-man panel for the league – including seven newcomers and an eight strong Na Piarsaigh contingent.

Will there be changes from the August 19 All-Ireland final team over the coming weeks?

“That will be completely down to the players and the pressure that they put on us in terms of their performances to stake a claim – that’s the way it has always been and always will be. Nobody is going to be given an opportunity to play unless they have earned it. They (newcomers) have freshened it up and done exceptionally well in training and we are happy with their progress. It has been good for the group to freshen things up and especially since we have a few injuries. The boys (Na Piarsaigh) got a good break before Christmas and they are fresh and hungry and I am sure themselves they are delighted to get a good and proper pre-season,” explained Kiely.

With a new league format in 2020, there is no relegation this season but that won’t be a deterrent to Limerick or the other teams.

“That might be the perception but I can guarantee you that every team will be going out every day to win their match – nobody likes to lose matches and we want to try and win as many as we possibly can and I think that will be the case for all games. I don’t think anybody is going to be sitting back this year, saying it doesn’t matter because there is no relegation – teams do want to win matches.”

Kiely added: “For us, 2019 is a new season and we have the challenge of Division 1A and from watching it for the last number of years we know how challenging it can be and we are looking forward to that challenge”.

"Coming into the league this year it’s a different prospect for the management and the team but a prospect that while we know it’s going to be difficult at the same time this is something that we fought long and hard for and we are delighted to be involved," said the Limerick manager.

"To be honest the couple of games before Christmas with Tipperary and Kerry were a great way of breaking the ice and getting back into it – we did a little bit of work before Christmas but to be fair to the boys that have come back in pretty decent shape and have looked after themselves in the main."

He added: "Obviously we have a bit of work to do – it’s not frightening by any stretch of the imagination".

"Since we have come back from the team holiday things have gone quite well and we managed to get a couple of games in (Waterford and Offaly) - we are progressing along nicely. I know we are going to find the first couple of game challenging than if we had a longer preparation but it is what it is. I am quite happy with the group and how they have come back into it and I think they all appreciated that they had a good break in October and November and December and it was exactly what they needed."