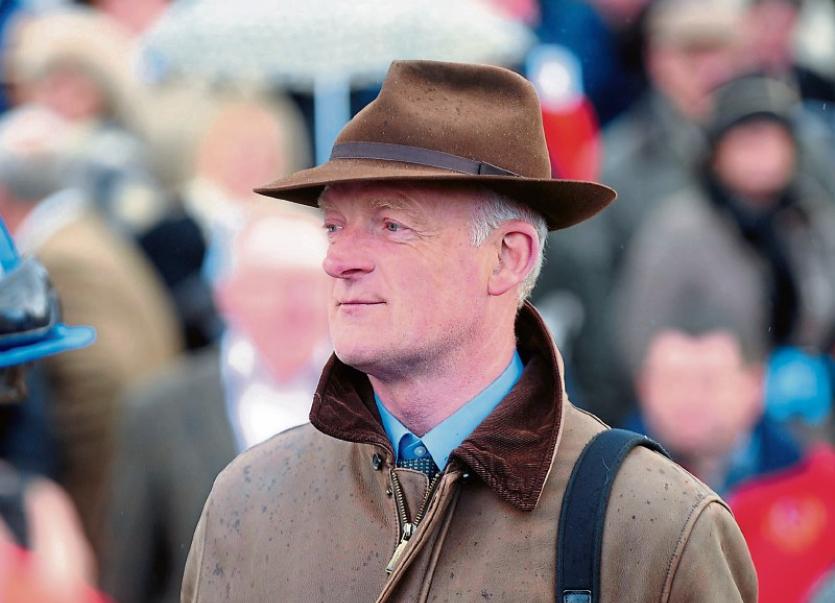 Our tip this week is a Willie Mullins horse

First held in 1954, the race commemorates the famous racehorse owned by the McCalmont family who have been closely linked with Gowran Park since its inception.

Run over three miles, the race is seen as a trial for the Grand Nationals at Fairyhouse and Aintree. Over the years, the Thyestes Chase has been won by many of the biggest equine names.

RTE will televise this week’s big race for the first time in almost 20 years.

The list of previous Thyestes winners reads like a who’s who of Irish National Hunt racing stars — from Arkle to Hedgehunter, from Flying Bolt to Djakadam. The feature race at Gowran Patk this Thursday is due to go to post at 3pm, and is supported by six other races, including the Grade 2 Galmoy Hurdle with a €40,000 prize up for grabs.

Included in Willie Mullins original 15-strong entry for the Thyestes Chase is the current favourite Invitation Only.

At current odds of 8/1, Invitation Only makes plenty of appeal in a competitive renewal after an eye-catching third-place finish at Tramore on New Year’s Day in the Savills Chase.