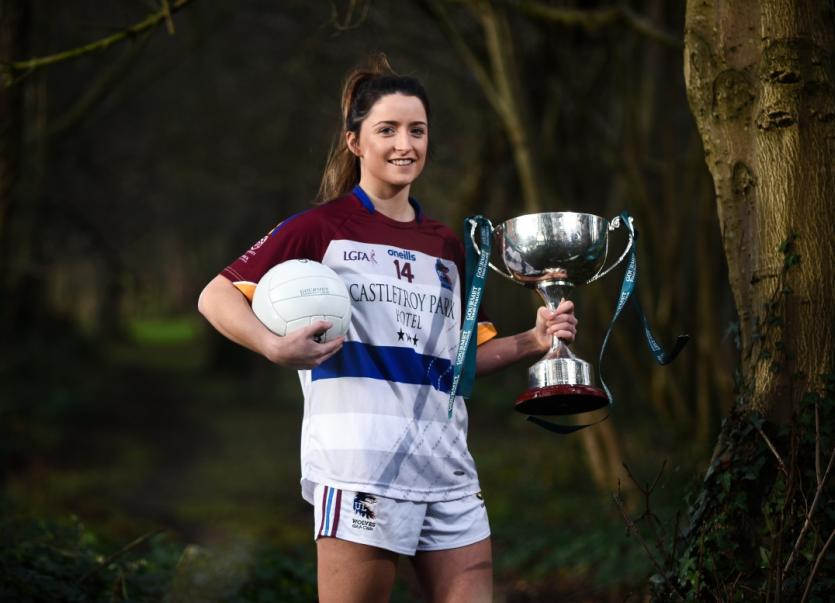 THE University of Limerick were represented this Tuesday when the 2019 Gourmet Food Parlour HEC Ladies Football Third Level Championships were launched.

The 2018 Gourmet Food Parlour O’Connor Cup Final was a thrilling affair at Abbotstown, as Dublin City University edged out University of Limerick to be crowned champions for the first time since 2011.

In defence of their crown, DCU will face stiff opposition from a number of opponents, including UL and UCD, the reigning GFP League Division 1 holders.

In the GFP O’Connor Cup, holders DCU find themselves in Group B alongside 2018 runners-up UL and UCC. In Group A, Queens University Belfast are pitted with NUI Galway and UCD.

The top two teams will emerge from each group to contest the semi-finals, with the third-placed sides to battle it out for the O’Connor Shield.

TG4 has also confirmed that the 2019 GFP O’Connor Cup Final, which will be played on Saturday March 9, will be streamed live on the Spórt TG4 YouTube Page.

This is Gourmet Food Parlour’s second year working alongside the LGFA, with GFP sponsoring the prestigious O’Connor Cup, as well as the O’Connor Shield.

Speaking at the launch today, GFP MD Lorraine Heskin said: “This is a hugely exciting time for Ladies Football and the LGFA – and we are delighted to continue our sponsorship of the HEC Championships for a second year.

“We are extremely passionate about sport for women and with the 20x20 movement gathering huge momentum, it’s incredible to see record numbers participating in the HEC Championships.

“We’re very happy to play our part in helping to ensure that these fabulous players gain increased recognition for their efforts on and off the field of play.”

LGFA CEO Helen O’Rourke commented: “We are pleased to welcome Lorraine Heskin, her colleague Lorraine Byrne and the entire Gourmet Food Parlour team on board for a second year.

“The GFP O’Connor Cup weekend is now a firmly-established and high-profile entry in our annual fixtures calendar, and we are anticipating outstanding games in all competitions, as has been the case in recent years.”