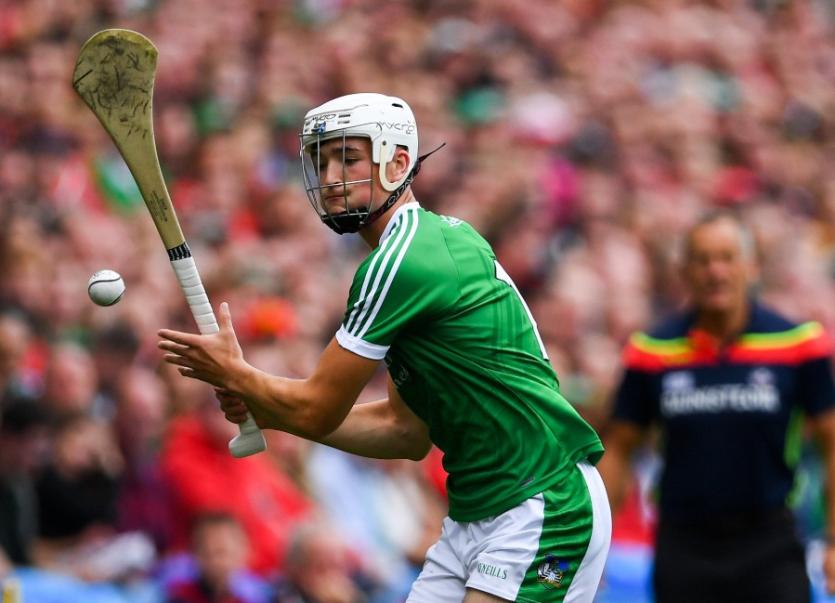 YOUNG Hurler of the Year Kyle Hayes is an injury doubt for Limerick ahead of Sunday’s start to the Allianz Hurling League.

All-Ireland champions Limerick make their return to the top tier of the league for the first time since 2010 when they journey to Wexford to play Davy Fitzgerald’s side.

However, Limerick could be without 20 year old centre forward Hayes – the towering star who was Man of the Match in the All-Ireland final didn’t line-out for UL in Sunday’s Fitzgibbon Cup defeat to UCC and has missed Limerick training since they returned home from their team holiday in early January.

It is hoped that Hayes could return to Limerick training this week but is in a race against time to prove his fitness.

Limerick will definitely be without cruciate ligament injured duo Richie McCarthy and Paul Browne and David Reidy, who suffered a shoulder injury in the Munster League win over Kerry in December.

Limerick have a 42-man panel for the Allianz League and their first home game will be a Saturday February 2 flood-lit fixture with Tipperary.

The Limerick footballers also begin their league on Sunday – away to London in Division Four.