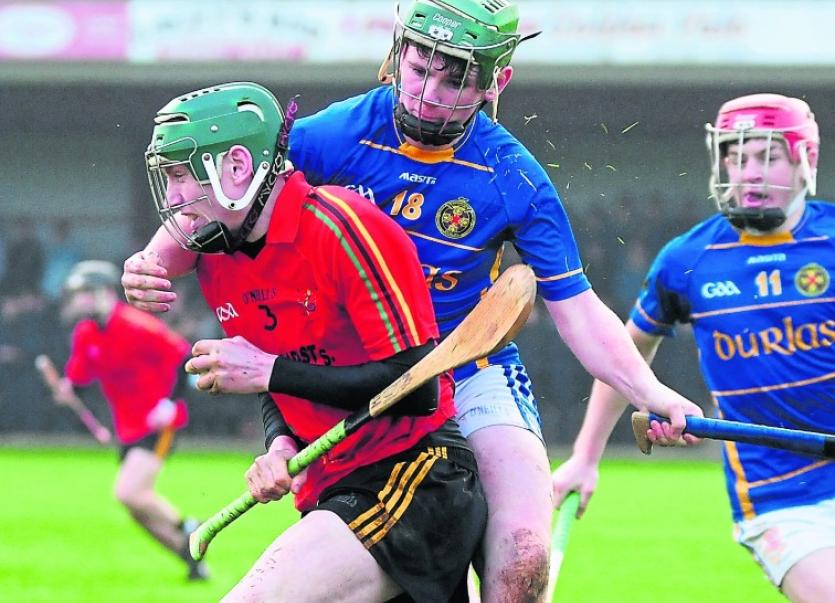 DEFEAT for Limerick's John the Baptist Community School of Hospital in the Harty Cup quarter final replay this Saturday afternoon.

In Dundrum it finished, Hospital 0-11, Thurles CBS 0-16 - the Tipperary side progress to play CBC of Cork in the semi final of the Munster Post Primary Schools Senior A Hurling Championship.

Hospital just didn't find the spark of the drawn encounter in this replay and while the sides were level at 0-10 eaching entering the final quarter, Thurles always looked the more likely winners.

Hospital scored just once in the final 19-minutes of action, while Thurles sealed their last four spot with six points across the same period.

The sides were level at 0-3 each, but Hospital were left to rue six first half wides, compared to just two for Thurles.

All four Hospital scores in that first half came from Dylan O'Shea frees.

Patrick Reale, Brian O'Grady and Micheal Martin had JTBCS Hospital points from play early in the second half and the game was level for just the second time at 0-9 each - 11-minutes into the second half.

Free-takers O'Shea and Ryan exchanged points and the game was level for the final time with 44-minutes played - 0-10 each.

Thurles hit the next free points and while O'Shea scored to leave it 0-13 to 0-11 with nine minutes to play, another three points from Thurles saw off the challenge of the Limerick men.