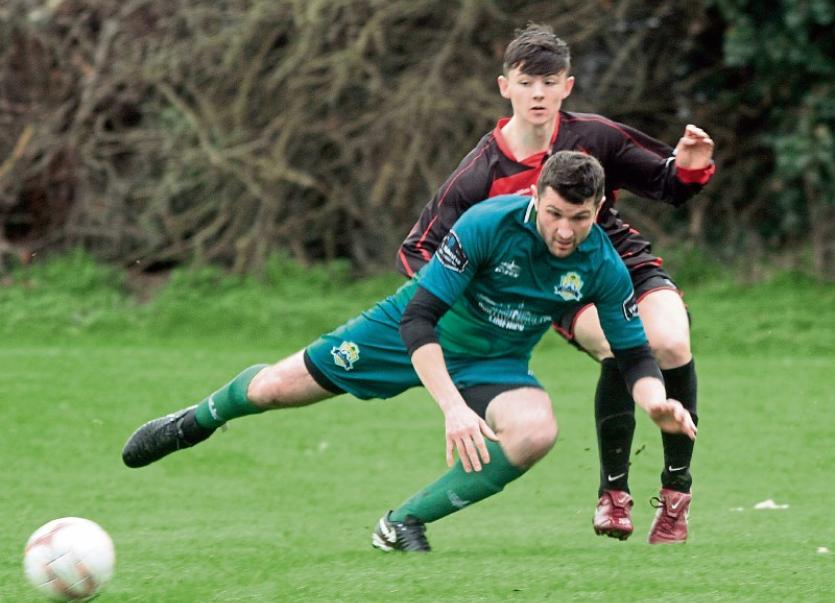 On Sunday the FAI Junior Cup takes centre stage with three of Limerick’s four remaining sides are vying for a place in the last 16 of the competition.

The big game in round six is no doubt the clash of FAI kingpins Sheriff Utd and Pike Rovers.

The Dublin side have won the competition four times in the last seven years with a defeat to Liffey thrown in for good measure.

They have been the best team in the country over the last decade and while some suggest they may be on the wane somewhat they still lead the Dublin AUL by four points and look determined to regain their mantle.

Pike Rovers for their part have been to two deciders in the last three seasons, unfortunately luck was not on their side in either game.

They are determined to take that one extra step this time out.

The Limerick side are experienced enough to know the hurdle they face but it will not deter them. They beat Sheriff on their way to their only success in the competition back in 2011 so hopefully it is a good omen.

The Limerick District League will have at least one team in the hat for the last 16 as Aisling Annacotty were drawn out of the hat with Newport.

Aisling are in the midst of a rebuilding phase and it is going to plan. Although they are in mid table they are developing a number of very good young players that augers well for the future of the club. They have won their last four games so come into the tie in a confident mood.

Their opponents Newport also come into the tie full of confidence. Although plying their trade in Division 1B, their line up suggests they would hold their own much further up the tables.

In Christy Doyle they possess a superbly talented player with 27 goals to his credit, including a seven goal haul last weekend versus Northside.

Home advantage gives Aisling an edge but they can expect nothing easy from the Tipperary side.

In the Lawson Cup Regional Utd versus Nenagh and Hyde Rgs versus Star Rvs, both called off last weekend due to bereavements, are rescheduled while Fairview Rangers take on a Shelbourne side who pipped Kennedy Park to win the right to face the premier side.

Athlunkard scored a good win away to Corbally and as a result welcome Charleville to Lee Estate.

The Premier side met Athlunkard in the Munster Junior Cup back in September and suffered a humiliating 9-2 defeat. They will keen to show that was an abomination.

There are two games in the PJ Matthews Premier League. Leaders Janesboro will be looking to take advantage of Pike and Regional’s inaction to increase their margin at the top of the table.

They travel to Garryowen to take on a Geraldines side who have already knocked them out of the Munster Junior Cup this season.

Last Sunday ‘Dines went within a whisker of lowering Pike’s colours in the Lawson Cup at the same venue.

I don’t expect Janesboro will be caught off guard this time so expect a different approach by the Champions.

Ballynanty Rvs will be looking to build on their Lawson win over Herbertstown when they host Prospect in LIT.

The Open Cup continues with Hyde Rgs B hosting Cappamore for a place in the last four.

Kilmallock B take on Fairview Rgs C with the winners claiming the first cup final spot of the season.

In Division 1A Mungret and Coonagh will overtake leaders Moyross if they win their games against Castle Rvs and Holycross respectively.