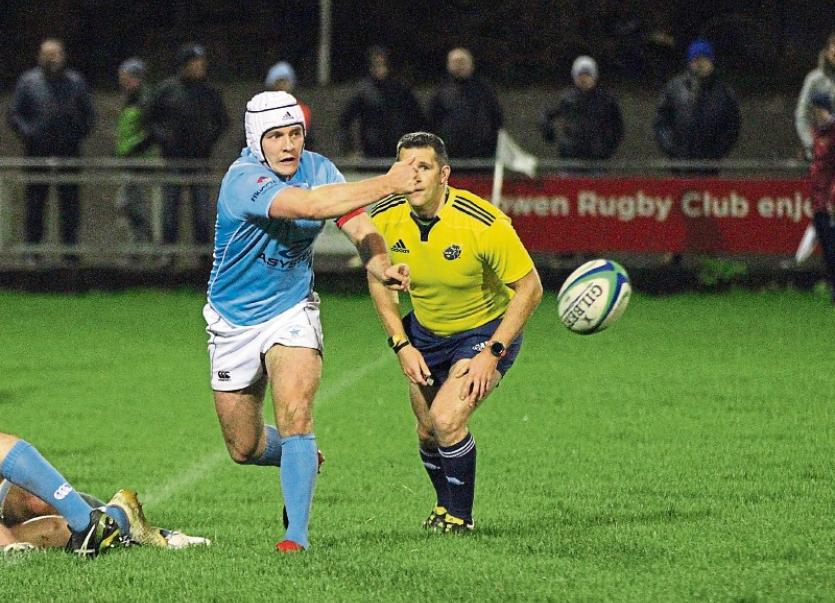 Last season’s Munster Senior Cup winners Garryowen surrendered their provincial title when losing out to an impressive Cork Constitution side 26-23 in this season’s decider at Thomond Park on Saturday.

A tenacious Cork Con unit was clinical in attack, making the most of their attacking opportunities with flanker Joseph McSwiney helping himself to a brace of tries.

The Leesiders succeeded in consistently retaining possession, winning the collision area and building phases and pressure.

Garryowen, who included Munster players, scrum-half Neil Cronin and back-row Conor Oliver in their starting team, made far too many errors and also lacked a crucial degree of composure and cutting edge in the attacking zone.

Afterwards Garryowen head coach, Conan Doyle said: “We are very disappointed. Con, to be fair to them, had a very good game and probably deserved the win.

“It was disappointing from us. We left a few chances behind us and maybe gave chances that were a bit too easy, but again over the 80 minutes they were the better team.

“In Cup finals it is the small margins that make the differences. I have no doubt that there a couple of things that didn’t happen for us that would have made a difference in the game.

“We have Lansdowne next weekend in the Bateman Cup semi-finals. I said to the boys there after the game that Con are setting the standard in the league at the moment. For a lot of parts of the game we showed we are able to compete with that standard and be better than it.

“Unfortunately, we didn’t do it for 80 minutes. If we can keep improving I think we will be in a very strong place next weekend and going forward.

“We might have a few guys involved with the Munster A side next week and will have a few changes to the team for the game with Lansdowne.

“I think the lads out on the pitch did a very good job against Con, but unfortunately it wasn’t enough on the day.

“I don’t think our confidence will have been dented by the defeat in the Munster Senior Cup final.”

Saturday’s Bateman Cup semi-final is the third fixture in successive weekends for Garryowen who lost the Limerick Charity Cup final to Young Munster with a significantly changed side at the Markets Field on December 28.

Garryowen currently sit in fourth place in the All-Ireland League Division 1A table, eight points behind Saturday’s opponents Lansdowne. The Dubliners have lost two of their nine league fixtures, while Garryowen have been beaten three times.

Garryowen defeated Lansdowne 17-14 when the sides met at Dooradoyle in the second round of the AIL in October.

The 'Light Blues', resume their programme of fixtures with a home game against UCC on Saturday, January 19.