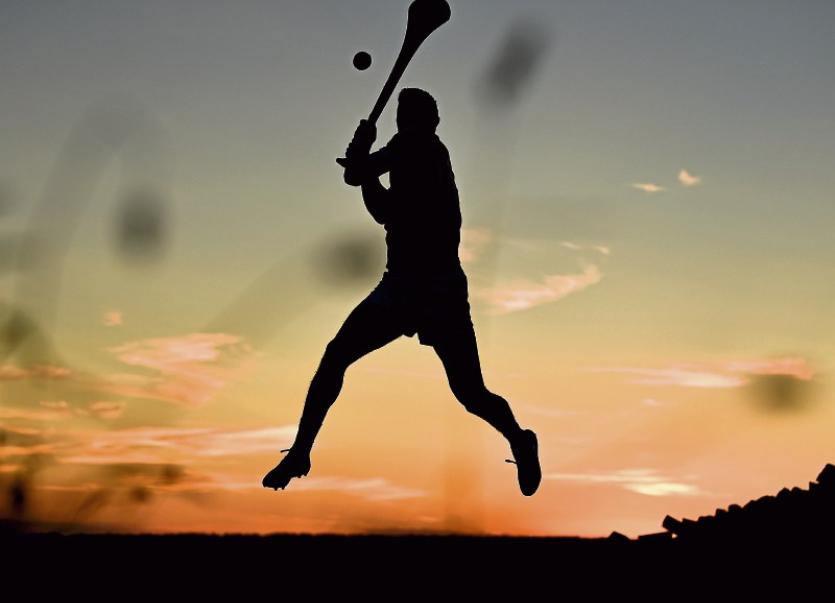 By any standards 2018 will be remembered as one of the all time great hurling years. It was without doubt the hardest All Ireland to win and thankfully Limerick got over the line against Galway.

The standard of hurling last year was breathtaking, it had everything from close finishes to jaw dropping scores. Some might say it would be impossible to match it but I will make a prediction that 2019 will be even better.

The battle to win the Liam MacCarthy this year will be incredible. Now, last year had a lot going for it and the weather played a key part in making it the most special year for hurling. Some counties have two months work under their belts and if the recent Munster League game between Clare and Cork is anything to go by then I think we are going to have a continuation of great games this year.

What surprised me most about this game was the fine crowd that turned up just four days after Christmas and also the level of interest from the supporters in the stand.

Clare were so close last year. They played some great hurling and of all of the teams Clare have the potential to go all the way. They have great mobility in their team and as we saw from Limerick last year that is very important now.

The Munster Championship has always been special and over decades it has produced so much magic. That will not change anytime soon, in fact it has gone to a new level and with five teams battling for 3 places for the All-Ireland championship it will produce games of massive intensity.

It would be a brave man that could call with any great accuracy the three teams that will come out of Munster in 2019.

The value of the Munster title may not have the value of the past but it is still the pulse of hurling and we’re going to see some really special games this summer.

With new managers in Tipperary and Waterford you can be assured they will bring more to the table than last year.

Liam Sheedy reminded us on December 14 when he brought his team to the Gaelic Grounds. He came for the win and he drove his team like it was a championship game. He has players recently graduated from their U-21 All-Ireland win and for him it will be about building confidence for league and championship.

Sheedy has the ability to drive players and while he may be spinning that Tipperary have a long way to go before progress is made you can be sure he feels he has the players capable of living with any team in Munster.

Tipperary have a good foundation of players and with some fine young player coming through they will make life difficult for every team this year.

Limerick play Tipperary in their second game of the National League and that will give us an early indication. That game will be under lights at the Gaelic Grounds.

Waterford have a new manger after Derek McGrath has stepped down after five years.

They reached the All-Ireland final but in reality this team has under achieved. They were riddled with injuries last year and that didn’t help their cause but neither were they helped by the fact that they had no home games. Padraic Fanning is now calling the shots and I expect Waterford to be serious contenders.

They have one last chance with this group and with undoubted quality within the team they have the potential to hurt a lot of teams.

If any team can look back with major regret last year it must be Clare. They were desperately unlucky not to overcome Galway after a replay and already I get the sense from them they have a few things to put right in 2019.

Speaking to joint manager Gerry O’Connor at the recent Cork game didn’t do anything to make me have second thoughts. O’Connor told me they are back training about eight weeks and that the real push is coming from the new players that joined the panel and those that have been sitting on the panel waiting to get a chance, “Look like every other team we are working hard, the players are pushing us and we must respond to that. These pre season games give us an opportunity to look at players and once the National League starts it’s full steam ahead.”

Clare have two home games in the championship and must travel to the Gaelic Grounds to play Limerick.

When Cork fell to Limerick in the All-Ireland semi final John Meyler was the subject of much criticism by some former players in Cork.

They have come close to making the final in recent years but they are struggling to make a major statement when they come out of Munster. Cork are short three to four players and this was exposed against Limerick.

The didn’t have the capacity of Limerick and that was telling. They have put in a lot of work in recent weeks and they are trying to get a few younger lads up to the mark. That is the major challenge John Meyler has.

That said on any given day they have the ability to question a lot of teams. This is a big year for them and the need to win was never greater.

Winning the Munster title has not stood to them so it will be interesting to see how they plot their journey in the months ahead.

To say that teams will be ready for Limerick when the Munster Championship starts will be an understatement.

John Kiely will know this and I expect them to be ready for some great battles. The pressure of winning is off Limerick now but they have the ability to push on. They will need to add cover in defence and also get more from the forwards as a group.

Every year is different and what worked last year will not work this year. Of all of the teams Limerick now have a very serious squad. What made them different in 2018 was the level of drive, hunger and ambition. That will need to be doubled to win in 2019 and as a unit they have lots more to offer.

Its very disappointing to see that Limerick County Board have not filled the vacant U-20 hurling mangers position. Some people have turned it down and after the year that Limerick have had that is hard to believe. The County Board should have this job filled months ago as other counties are well ahead of Limerick from a preparation point of view now.

Last week Limerick GAA lost three great hurling men. Fr. Liam Kelly was an outstanding GAA man. He won a senior championship medal with Ahane in 1955. It was followed by a long spell without a title which ended in 1998.

He also was part of Mackey’s greyhounds that won a Munster title in 1955 and played league in 1956. He was a close friend of the late Mick Mackey and was the chief co-celebrant at his mass.

Con O’Connell of Doon also passed away. He won an All-Ireland minor medal with Limerick in 1958 and his club Doon won the minor title that year. I knew the man that trained that team the late Joe Keogh. Barry O’Connell, current member of the senior hurling panel is the grandson of Con.

South Liberties lost another great hurling man. Martin (Drummer) Wade who played with Limerick minors for two years in 1959 and again in 1960. He was also a former secretary of the club. Martin, brother of Eddie loved GAA and would travel back to support club and county. The Wade family have given outstanding service to both South Liberties and Limerick GAA. To all families I offer my sincere sympathies.