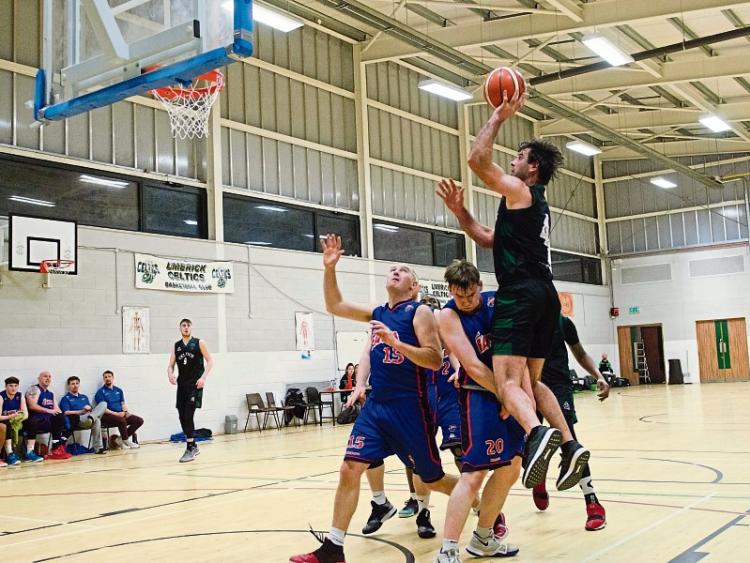 THE Limerick Celtics' senior men's side face a tough task this weekend in the Men's National Presidents Cup semi final.

The Tony Hehir coached side are up against Southern Conference giants Ballincollig and their US sensation Andre Nation.

However, the Celtics will call upon former Limerick Senior football star John Galvin, while the returning Alvaro Martinez will add much needed scoring support for the men in Green.

The tie is set for Neptune Stadium, Cork at 6pm on Saturday evening.

It's a double weekend of action for the Celtics as their girls U-18 side are in National Shield action.

The Celtics take on Titans BC on Saturday at 12 noon in Parochial Hall Cork, with a place in the semi final up for grabs against DCU Mercy or Oblate Dynamo.

The Celtics club are on a high at present following the their U-15's boy side's win in the John Coughlan tournament.

This is the first time that a Limerick Club has won this prestigious national basketball tournament.