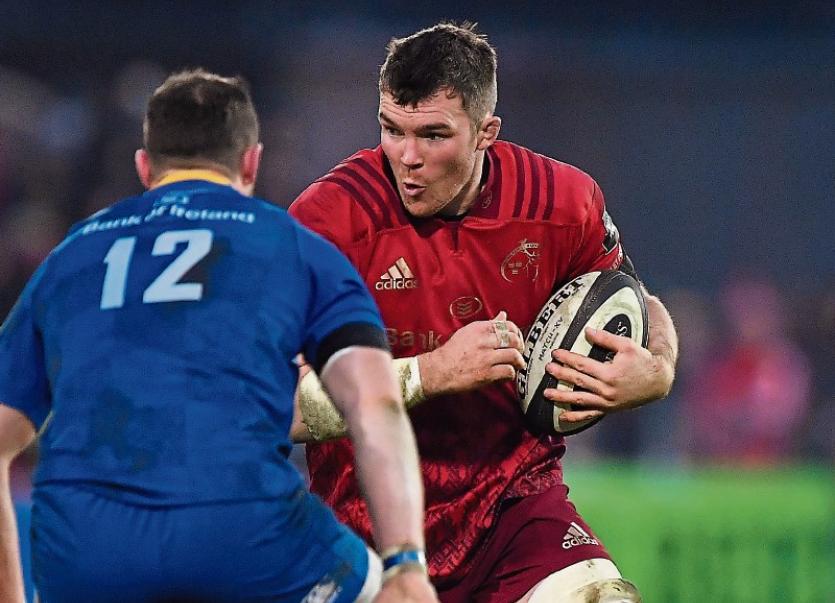 Peter O’Mahony will lead Munster out against Connacht in his side’s PRO14 clash at the Sportsground Picture: Sportsfile

PETER O’Mahony will return to lead Munster out against Connacht in his side’s PRO14 clash at the Sportsground on Saturday.

There are seven changes in total for the interpro derby from the Munster team that defeated Leinster at Thomond Park last weekend.

Billy Holland is named among the replacements and is set to make a landmark 200th Munster appearance. In doing so, Holland will become just the 10th Munster player to play 200 games for the province.

Andrew Conway moves to full-back for the clash with Keith Earls on the right flank and Wootton on the opposite wing.

Dan Goggin is joined by Farrell in the centres with Mathewson and Joey Carbery in the half-backs.

Loughman packs down in the front row with Niall Scannell and John Ryan as Jean Kleyn and last week’s Man of the Match Tadhg Beirne keep their places in the second row.

O’Mahony, O’Donnell and Botha complete the side.

The match takes place this Saturday at 7.35pm and is live on TG4, eir sport 1 and Premier Sports 2.