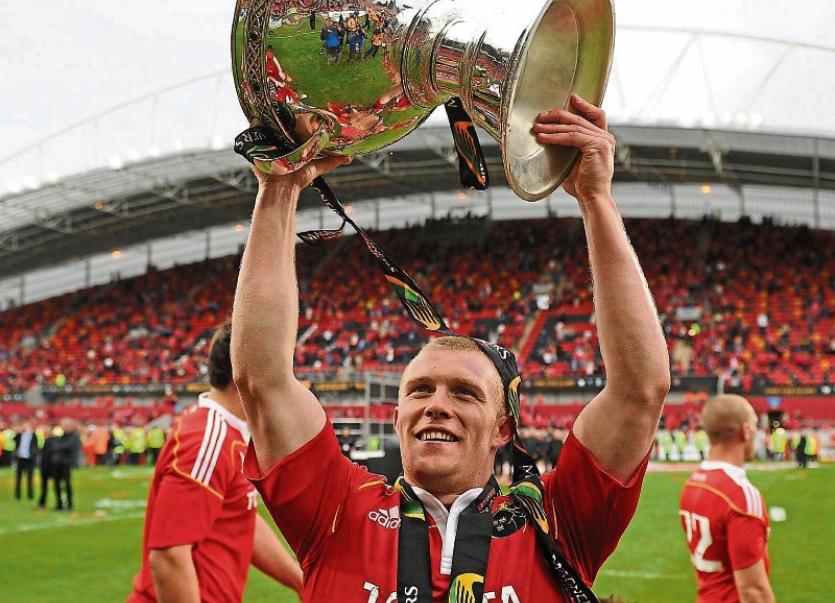 EIGHT years and counting. Munster haven't won a trophy since their thrilling 19-9 win over Leinster at Thomond Park in the Celtic League Grand Final on May 28, 2011.

To put it in some context, the last time Munster won silverware, their exciting young flanker Fineen Wycherley, who turned in an eye-catching display in Saturday’s big Guinness Champions Cup win over Leinster at Thomond Park, was just 13 years of age.

Since Munster's third Celtic League success, the league has been renamed the PRO12 and more recently the PRO14, Ospreys, Glasgow and Scarlets have won it once each, while Connacht also claimed their inaugural piece of silverware in 2015-'16 when seeing off Leinster in the decider..

But the encouraging thing for Munster is that the province has remained fiercely competitive through the eight years since their last Cup final success.

Close, but no cigar.  Those defeats are all the harder to take when Leinster have been enjoying a golden period in their history.

Mind you, after Munster’s failure to extricate themselves from their Heineken Cup pool for successive seasons, in 2014-15 and again in 2015-16, the prospect of even reaching a European semi-final which has been achieved over the past two seasons even seemed remote.

It was fascinating to hear Johann van Graan admit on Saturday evening in the wake of Munster’s hard fought victory over Leinster at a raucous Thomond Park that the victory would help the side break down a mental barrier.

Asked what he thought Munster could take from the win ​Van Graan revealed: “I think tonight showed that in the big games we can come past the mental barrier.

You see, just as winning becomes a habit in sport, so too does losing. Munster had won just one of their previous eight meetings with Leinster prior to Saturday and that poor record was taking its toll.

Some Munster supporters have tended to get too hung up with how Leinster are getting on up the M7 in recent seasons and questioning why Munster have become the ‘poor relation’ during that time.

Even the Munster players – they might not admit it too often in public, mind – will have had fleeting moments where they looked enviously up the road to all the success Leinster have enjoyed in recent seasons.

But Munster need to concentrate on themselves and not get side-tracked by what Leinster are doing.

Munster's need was greater on Saturday evening at Thomond Park and the home side managed to secure a precious, statement-making victory. The bragging rights are an added bonus for supporters to enjoy.

Munster had not lost three competitive games in a row since 2015, a fate that would again have befallen the province had they not managed to close out victory against Leo Cullen’s men on Saturday.

Munster have plenty to be positive about heading into 2019 although their attack play still needs improving.

It’s high time for the province to deliver a trophy, mind.