Dan Goggin is enjoying life being centre of attention at Munster 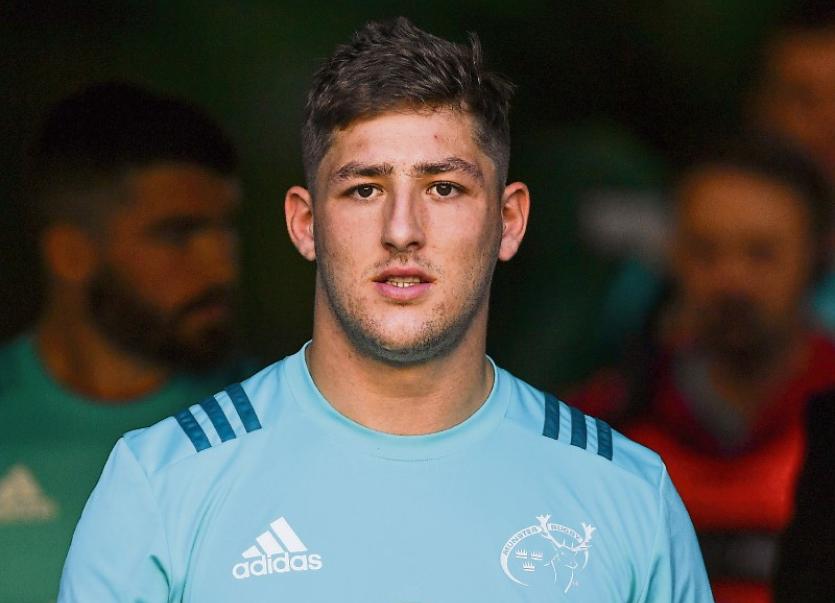 MUNSTER centre Dan Goggin says Johann van Graan’s decision to start him in the two marquee Guinness PRO14 clashes with Leinster this season provided him with a major confidence boost.

Twenty four-year-old Goggin has made seven starts for Munster this season, including the opening two rounds of the Heineken Champions Cup as well as the high profile meetings with Leinster in the PRO14.

Limerick man Goggin is in line to start in Munster’s final Guinness PRO14 interprovincial fixture of the Christmas and New Year period against Connacht at the Sportsground in Galway on Saturday, 7.35pm.

Dan Goggin said: “I grew up a two minute walk from Thomond Park, I went to St Munchin’s under the watchful eye of John Broderick, so it was always my dream to play for Munster coming up along the ranks.

“I’m delighted to be here. I don’t mind what players come in to the club or who I’m up against, it is all part of it and without the competition in the centre at the moment I don’t think I would be doing so well. We bring the best out of each other.

“It was a massive confidence for Johann (van Graan) to pick me for that game against Leinster in the Aviva (last October). He tells me he backs me and he says it’s up to me after that.

“I train well during the week and he gives me an opportunity and I know that I have to take it. Luckily, that day went quite well for me and then he backed me for the two European games.

“Unfortunately then the injury came along at such a crucial time of the year, but that’s all part of the game. As I said I was a little bit surprised when he gave me the opportunity against Leinster last weekend, but without that confidence can’t be built back up, knowing that your coach backs you and has confidence in you, it is helpful.

“​There is nothing better than playing in front of a sell-out crowd at Thomond Park with the atmosphere blowing like that.

“We’re three points ahead of Connacht at the moment in the Conference and if we win on Saturday we can go seven or eight ahead of them. But if we don’t they will go ahead of us, so it’s a hugely important game. It’s just up to us how will we manage it because we know they are a form side.”