'Even after winning it all, the best is yet to come' - Martin Kiely 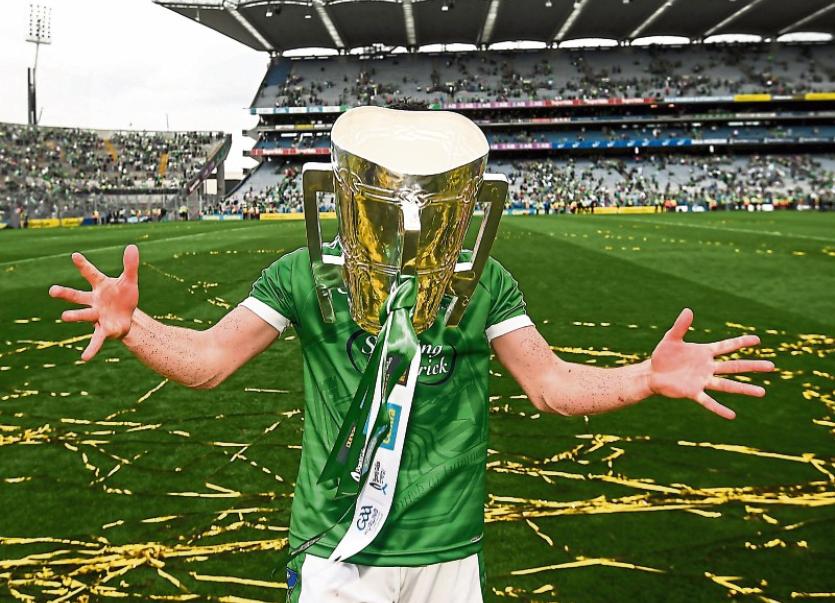 The Limerick senior hurlers jetted off for a well deserved and earned holiday last week. It will be a celebration of their win as a group and one that will further bond the squad.

The entire group will enjoy this trip of a lifetime but I think John Kiely will avail of the opportunity, as the holiday comes to a close, to set out his vision for 2019.

It might not be his state of the nation address but he might well use the opportunity to finally close off last year and set some goals for the year ahead.

From the games we have already seen in the Munster League we can be assured that both the National League and championship could very well top the magic we had in 2018.

Now, I hear you say how could that be possible. Well, there is no better way to lift a team than to set them the target of beating the All Ireland champions and be very clear all teams will go at Limerick from the very start.

Most teams have eight weeks done at this stage and they will have a head start on Limerick. The break will be important to Limerick and celebrating their win is very important. The trick is leaving the holiday behind and when home the focus of work begins for them again.

He looked fresh and ready for the new hurling year. It didn’t take long for him to mention the meeting of his team and Limerick in the opening round of the league on January 27.

I got the sense this is a game he will target and just like all occasions of the past, Wexford will be hard to beat on home soil.

Davy Fitzgerald left me saying, “We will be ready.” I would expect nothing less from him and this will be one of the many challenges Limerick will face in the league.

A week later they meet Tipperary, a game that will be played under lights at the Gaelic Grounds. Now, it’s early days yet but this game will draw a crowd of more than ten thousand. Those early games will be very important for lots of reasons but as we saw when Liam Sheehy brought his team for the Munster League game in mid December he will expect them to battle.

I left the Gaelic Grounds that night with the view that Sheedy had his hunger back. He hit every ball on the line and expected his players to work really hard and they did. It will be no different when they next meet.

Creating the conditions that Limerick had last year will pose a challenge for management and players but I am sure the management already have a plan in place.

It took many combinations to build the success of last year and the management won't really know where they stand for the year ahead until questions are asked of the team again.

Then and only then will they and we know what toll winning has had on them. Age profile is certainly on their side but that alone is no guarantee of success.

Limerick have left much of their formula for others to analyse now and be assured that will be done.

The one thing Limerick can do in 2019 is play with more confidence. They have achieved the goal they set themselves and now it’s about expressing themselves to a new level.

I don’t think this group of players are happy with one title but the challenge of putting back to back titles together is substantial.

The new format will test teams to the limit and coping with such a run of games in league and championship takes it toll. To win the All-Ireland now takes eight or nine games and there are many traps along that championship road.

Small margins prove significant in all sports and that was the way for Limerick last year also.

Finally the jigsaw fitted together. It happened because they planned to the greatest of detail but along the way a little bit of luck is also needed.

Limerick won the All-Ireland for a number of reasons but key to it was that players played as team. The level of detail in training and the application of the players to follow the vision of Paul Kinnerk was critical. Can they take it a step further this year?

The answer to that is yes. They have a very high level of skill within the squad but that alone will not be good enough. Hurling now doesn’t allow for second chances on the ball and the way to avoid this is to train where second chances are not allowed.

In 2019 it will be about what questions Limerick ask themselves and far less about what other teams bring.

If Limerick can answer their own questions then they will be very hard to beat in the championship. Winning sits well with some teams and others never really leave the arena or move on to the next level.

Since winning the All-Ireland title the players and all connections have handled things really well. That to me is a good sign. They have kept their feet on the ground and have been level headed. That is a positive and not something we have been used to in Limerick. In the past it was our down fall but we are seeing a greater level of maturity now.

Winning back the Liam MacCarthy Cup was what everyone in Limerick wanted but from players to supporters we can not allow ourselves to indulge in feeling satisfied.

Nothing is more likely to erode our resolve for sustainable success. This group of players are ready for more success they will need to set the bar higher in every regard.

They will need to ask harder questions of themselves and face the challenges that will undoubtedly come their way in the year ahead.

The moment a player thinks he has arrived is the moment he might regret in the years ahead. Nothing stands still and while players will respect Limerick for their achievement they will do everything in their power to take them off their pedestal.

Limerick supporters have much to be happy about. We face into league and championship in the best condition of our lives.

The management will have the challenge of finding new ways to get more from the players. They will also need to find new players or get more from what they have.

They will need to find cover for defence and try to develop some of the fine young players as forwards.

Limerick have a lot of options and I think we have yet to see the best of some players.

We can look forward with hope, with a pep in our step. For years we thought it would never happen but we finally crossed the line.

We saw our players walk the steps of the Hogan Stand. They delivered the greatest prize and the best is yet to come.