'A night of nights for Limerick's hurling stars' - Martin Kiely 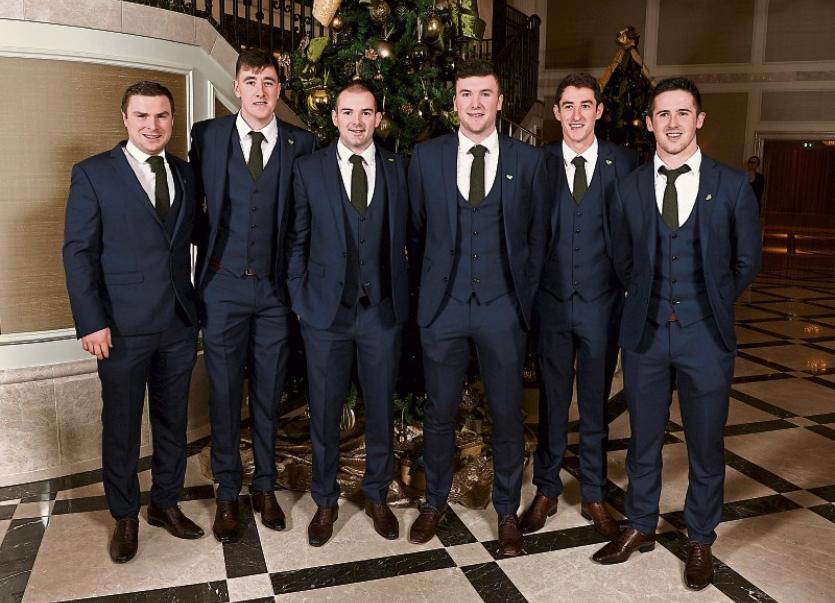 It will be remembered as the night of nights for Limerick GAA as the All Ireland champions collected their medals at a spectacular presentation night at the Adare Manor Hotel last weekend.

It was quite special to see thirty six Limerick hurlers walk on to the stage and collect their medals from the President of the GAA John Horan.

It is the dream of every young boy that first puts a hand on ash to have such a medal in his hand but that dream became a reality for this bunch of Limerick players last weekend.

Just like on all previous occasions this year they did their families, club and county proud in the way they carried themselves for this most special event.

It was a night they will never forget, a night that will live with everyone that was there. A night that saw hosts JP and Noreen McManus put on a show that was worthy of such a special year.

In the splendour of the recently voted Best Hotel in the World, almost three hundred and fifty people witnessed an occasion that is very rare in Limerick.

This was a most fitting close to what has been a magical year. One by one the players were called up and once they collected that 9 carat Gold medal it became very real.

Such medals have eluded many great Limerick players and this current team are the fortunate group.

The last few months has been very busy for players and management and this medal presentation was held in a relaxed manner and it was clear everyone really enjoyed themselves.

For the parents of the players it must have been such a special evening. They can take a huge amount of satisfaction from the support they gave to the players growing up.

This was no ordinary medal presentation, it was run in a most professional fashion and just as one surprise was over another was landed.

To see the Liam MacCarthy Cup and other cups on the stage was very special. Over the years I have attended such events in other counties but to see your own county end the hurling famine and to see players that have so much more to offer was unforgettable.

At every level this event was managed and coordinated to precision. Just like our hurling team, nothing was left to chance and when that is the case the outcome is always positive.

This was a happy occasion, an occasion that was a celebration for so many but most especially for the players and their families. A lot of people played a part from club to academy and also from the success at minor which played such a key part.

The Chairman of the County Board, John Cregan, was first to speak and like all speakers he was clear and to the point.

He made particular reference to the contribution of JP and Noreen McManus and also Gerry McManus who played such a key role in developing the underage academy.

John Cregan was only about eight months in the job when Limerick landed the ultimate prize unlike others before him that left empty handed.

Jerry O’Sullivan is the current Chairman of the Munster Council and he got the support of the crowd when he said,

John Horan is also in his first year in office and he made a fine contribution to the evening. Horan is a quiet man but his address was very well delivered and was full of compliments for Limerick.

He told the gathering that Limerick and his journey to becoming President of the GAA has almost gone side by side.

He said, “Your are the first team that I have presented All Ireland medals to and I am only in my first year. Your success is the result of hard work and I see what the win has meant to people. I was also delighted to see that your success didn’t get buried in alcohol.”

The prize for speaking the longest on the evening went to John Kiely.

He let us know at the start that he had a lot to say but in reality it was his opportunity to thank the very many people in the background who he said played a key role.

The manager left no one out and it was clear the entire set up worked well at every level.

As JP McManus put it, “ The only thing he forgot was to thank the priest for the use of the hall.”

Kiely called on players to redouble their efforts and chase their dreams. His finishing line was strong, “We won't be defending the title, we will be attacking the title in 2019.”

I mentioned earlier how special it was to see player after player collecting their medals.

Just like at the end of the All Ireland final I took great pleasure when Diarmuid Brynes collected his medal.

It’s a few years ago now when Diarmuid Brynes played his first senior game for Patrickswell. He was playing this level before time and watching him I was really impressed.

The match was in Bruff. I asked about him. The following day I got a number for him. I called him and said who I was, he replied, “are you the fellow from the Leader.” I replied yes. I said I wanted to meet him and asked where he was, “In the pitch” was the reply.

I collected him and we travelled to Adare for a bite to eat. Quickly he asked what was this all about? I said I think you are going to play senior hurling with Limerick but it would be important to get a few basics right.

I said we would start with getting him a job. He didn’t know it then but my good friend Bernard Duggan had agreed to get him on the road. I waited a few days to tell him. Bernard Duggan delivered some good advice along the way. Diarmuid has grown in every way and early next year will graduate with a degree from LIT. His development as a player and individual over the past couple of years is inspiring and the best is yet to come.

Just like on all occasions JP McManus had only a few words to say. It was mostly about what the success meant to the people of Limerick and the enjoyment they took from seeing their county do so well.

The level of support that he personally put into this team and management will never be known.

He backed them in everything that they wanted. That support made it possible to build a team around the team. The future is really bright for this group of Limerick players. They will know it will take an even greater effort for 2019 but right now we savour the precious moments of 2018.

A great GAA man passed away last week. John Tobin of the Garryspillane club joined god’s kingdom having made a wonderful contribution in life.

Next week I will remember his contribution to the GAA but most particularly his beloved club. To his family, club and friends I offer my sincere sympathies.

Christmas provides us all with an opportunity to reflect and this year I am sure the magic of the hurling year will be relived in every home.

It was a pleasure to be part of such a great summer. For others Christmas will be a time of great sadness particularly those that have lost loved ones this year.

The routine of Christmas will be broken for them. Memories will return and tears will flow, the vacant chair will always be empty.

To all that lost loved ones this year I offer my sincere sympathies. To everyone who made contact during the year thank you and already we are looking forward to what looks like a great championship year in 2019.