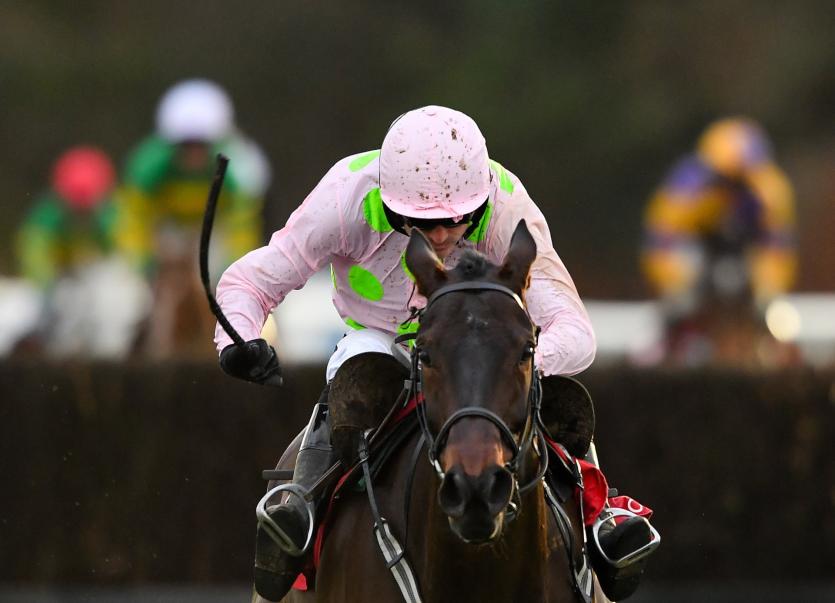 Ruby Walsh on Getabird could ride in Limerick on December 26

Speaking on his official PaddyPower blog, legendary jockey Ruby Walsh has hinted that he may ride Getabird in the Grade 1 race on St Stephen's Day in Limerick

There are 11 racing meetings scheduled to take place across Ireland and the UK on St Stephen’s Day, including the King George VI Chase at Kempton, a race Ruby has won five times on Kauto Star.

But he revealed to PaddyPower that he could find himself in Limerick due to Getabird’s entry in the Grade 1 Novice Chase on December 26.

The 39-year-old cannot remember the last time he spent the first day of the Christmas racing week at the Munster venue, but the upgrade of Limerick's novice chase to Grade One status looks set to entice the multiple champion jockey.

"It is a Grade One in Limerick now and if you are looking at our (Mullins') novices, Voix Du Reve would look the obvious one in Leopardstown and Getabird in Limerick," Walsh said.

"It is a long time since I was in Limerick on St Stephen's Day but I could be there this year.

"I thought Getabird was good in Punchestown. I thought he jumped super, going right handed will suit him and stepping up in trip will suit him.