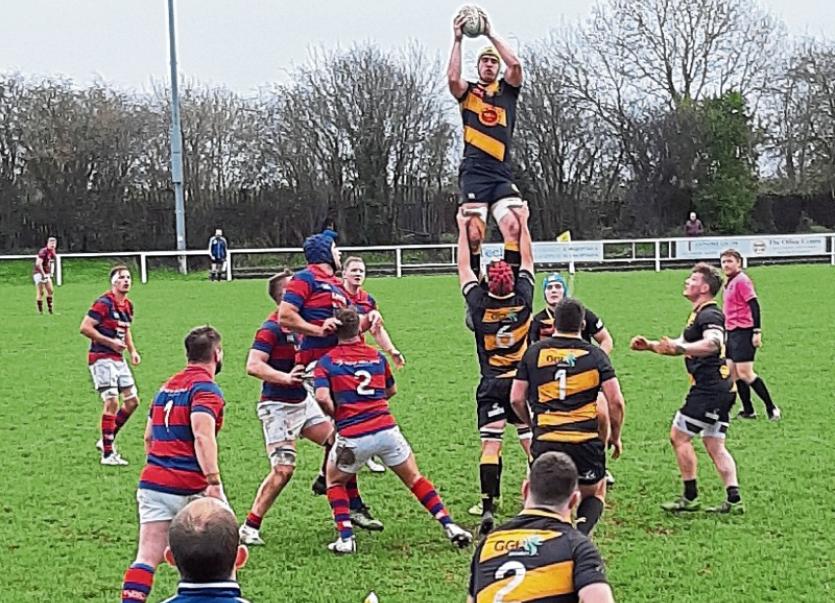 RESILIENT Garryowen moved into the top four play-off places in Division 1A of the All-Ireland League after scoring a last gasp 14-12 victory over UCC at the Mardyke on a day when Young Munster succumbed 11-17 to Clontarf in miserable wet and windy conditions at Tom Clifford Park.

There was a second Limerick win in Division 1A in the final round of fixtures before the Christmas break when seventh-placed Shannon ground out a precious 9-8 victory over UCD at Thomond Park.

A penalty goal with the final kick of the game from the boot of teenage out-half Ben Healy steered Garryowen to their fourth successive AIL victory.

Garryowen, who introduced Munster scrum-half Neil Cronin, off the replacements’ bench in the second half, trailed the students 0-6 at half-time in windy conditions on Leeside.

A try from Sean O’Connor at the start of the second half helped visitors Garryowen get back in the game.

The lead continued to change hands through the second half as Glenstal Abbey Munster School’s Senior Cup winning captain Healy kicked the ‘Light Blues’ in front 8-6.

UCC out-half James Taylor, who kicked all of his sides 12 points, landed a penalty to help the students restore their lead before Healy landed a drop goal.

As the see-saw nature of the scoring continued through the half, it was left to Healy to land the match-winning penalty goal in a swirling wind with the last kick of the game.

The win saw Conan Doyle’s Garryowen side move four points clear of fifth-placed Dublin University in the table as the league takes a break for Christmas and the New Year.

Garryowen will host UCC in the reverse fixture in their next AIL outing on Saturday, January 19.

Meanwhile, Young Munster remain in eighth-placed in the Division 1A table, with two wins and a draw from their opening nine fixtures, after suffering a 6-point defeat to third-placed Clontarf at Greenfields.

A losing bonus point seemed like scant consolation to the home side, who created the opportunities in a wet and windy second half to secure the try which would have wrestled victory from their visitors.

However, a litany of handling errors and lack of composure and patience inside the ‘Tarf ‘22 in the poor conditions cost Munsters’ dear as the home side feel to their fifth defeat in their last six top flight games.

‘Tarf, who had lost their two previous games, got off to the perfect start when Conor Jennings crossed for an early try, which out-half David Joyce converted.

Munsters’ hit back with a try from hooker Shane Fenton and a penalty goal from out-half Shane Airey helping the home side into an 8-7 lead.

However, back came the Dubliners and a penalty goal from Joyce just before half-time had them 10-8 in front at the break.

A second Airey penalty shortly after the restart in worsening conditions helped Munsters’ regain the lead at 10-8.

However, a 55th minute try from flanker Brian Deeny, which Joyce converted, was sufficient to edge ‘Tarf to victory.

UCD held a 5-0 half-time lead in storm conditions. However, three second half penalty goals from the boot of young out-half Jake Flannery guided Shannon to a precious victory.

The Parish side are now seven points clear of eighth-placed Young Munster at the mid-point of the regular season.