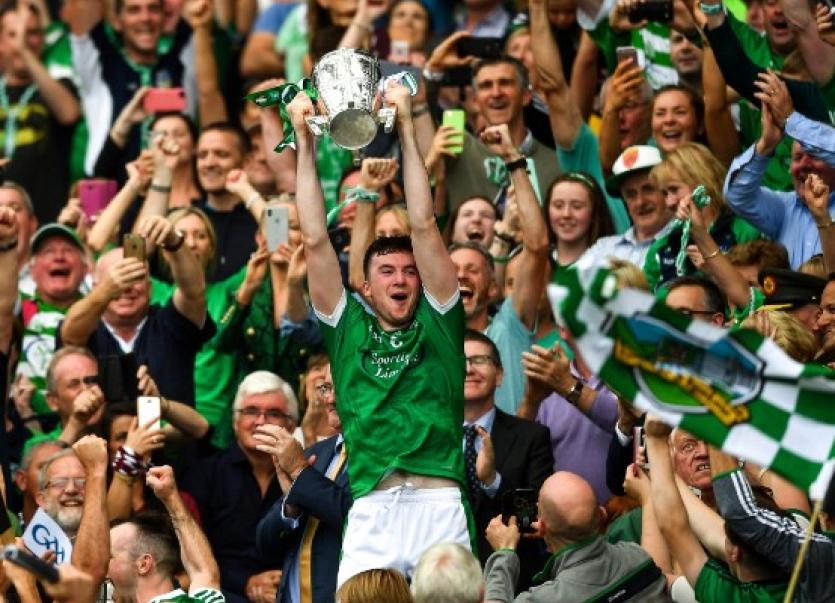 THE 2019 inter-county hurling season commences for Limerick this Friday night and it’s very much uncharted waters for the men in green and white.

All has changed, changed for the better.

Every utterance of Limerick hurling will be preceded or followed by the words “All-Ireland champions”.

Forty-five years since Liam MacCarthy was in town and therefore 45-years since an All-Ireland title defence.

But Limerick’s management isn’t lacking in this area – hurling coach Paul Kinnerk and strength and conditioning coach Joe O’Connor will both be able to call upon lessons learned from 2014 with Clare, while manager John Kiely and others were part of the 2015-16 Limerick U-21 hurling management which saw their back-to-back title ambitions fade.

Mental and physical fatigue and raw ambition are three of many areas that will be key to preparations for the new season.

And, it’s a season that will begin in earnest on January 27 when Limerick travel to the south-east to play Davy Fitzgerald’s Wexford in round one of the Allianz Hurling League.

Yes, there are two games across six days in the Co-Op Superstores Munster Hurling League coming up, but to be fair Limerick can’t be judged on these two games. These are games that come days either side of Sunday’s All-Ireland medal presentation ceremony in the Adare Manor and with Christmas looming large.

Almost four months to the day of Declan Hannon climbing the steps of the Hogan Stand to lift the Liam MacCarthy Cup, the Limerick hurlers return to action.

Last year it was a December 30 start and this time round there are December 14 and 20 games for Limerick in the Co-Op Superstores Munster Hurling League.

To be fair, there wouldn’t be pre-Christmas games in the early season provincial competition but for Limerick’s desire to play in the Munster League and to work the fixtures around their team holiday December 27-January 7.

As champions, Galway or Tipperary, didn’t enter their respective early season competitions in recent years but Limerick appear anxious to return to the playing field.

The Munster League has also proven to be beneficial to Limerick in recent times – winning their opening round game in each of the lasy six seasons and reaching the last four finals.

This time 12-months ago Limerick used 28 players - 23 in starting roles in those three games.

Remarkably, in the round one tie - December 30 in Mallow, Limerick started with 11 of the team that would eventually start in Croke Park in the August 19 All-Ireland Final win over Galway.

Six players were given their Limerick senior debuts in games against Cork, Kerry and Clare in the 2018 Munster League and supporters will again be looking for 2019 pointers in the next week against Tipperary and Kerry. Seamus Flanagan was one of those to make his debut in the 2018 competition and what a season he had – starting every single one of the 18 games enroute to the All-Ireland.

In their first game back in Limerick since All-Ireland glory a big crowd looks set to attend Friday (7.30) in the Gaelic Grounds for a homecoming of sorts. While the entire county appears to have had their photograph taken with the coveted trophy, it would be lovely if the MacCarthy Cup was on hand for one more photo opportunity.

Munster GAA have confirmed that U-16s are free, while general admission is €10 with €5 for OAPs and students.