Three Limerick county U-21 football finals scheduled ahead of Christmas 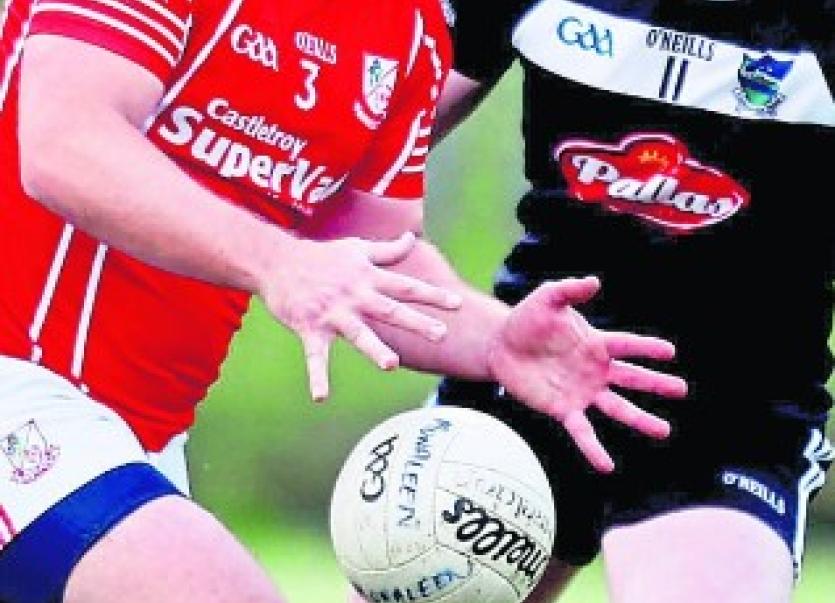 This Sunday, December 16, the Limerick Premier U-21 football final pits Newcastle West against Monaleen - in Rathkeale's Mick Neville Park on Sunday at 2pm.

Newcastle West are playing in their third successive Premier U-21 final - losing last year to Adare and beating Na Piarsaigh in the 2016 final.

Monaleen are newcomers to this final but were 2016 Premier minor champions and lost the 2017 premier minor final.

Both teams arrive into the final, undefeated.

Newcastle West are chasing an U-21 double - they beat Claughaun-Old Christians in the county U-21 A hurling final back in April.

This Friday, December 14 at 8pm, is the Limerick U-21 B football final - South Liberties v Galtee Gaels in Rathkeale's Mick Neville Park.

South Liberties were beaten semi finalists this time last year, while Galtee Gaels lost this final back in 2016.

The Limerick U-21 A football final pits Galbally against Kildimo-Pallaskenry. This final is fixed for Thursday December 20 in Kilbreedy. It was in the fixture list for Sunday but wasn't played.