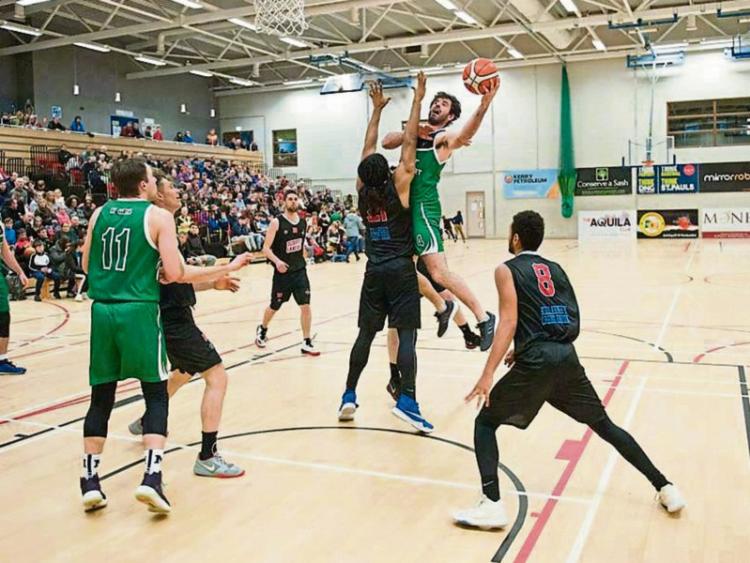 John 'Slippers' Galvin returned to the hardwood for LIT Celtics

It was a tough weekend at the office for the Limerick teams in action across the men’s and women’s leagues.

Limerick Celtics bowed out of this year’s Hula Hoops Women’s Division One National Cup on Saturday afternoon with a tough home loss against the unbeaten Maree from Galway. Frannie Frazier dazzled as always for the hosts, finishing the game with 21 points, but a tough match-up inside against the in-form Maree and in particular, the experienced Claire Rockall and Alison Blaney proved too much for Celtics, as they lost out 48-78 in the end.

Limerick Celtics men’s team meanwhile were in action on Sunday against Portlaoise Panthers at home and proved to have too much for the visitors with a 77-58 point win. Stand out displays from Turrell Morris (22 points), Fabio Hernandez (18 points) and John Galvin (16 points) helped Celtics into a 20-point lead at half time. Though Panthers put the pressure on in the second half, Celtics held firm to see home the win.

Elsewhere, LIT were dealt a blow in the Men’s Division One losing out to a hugely impressive Fr Mathews on Saturday evening, 46-93. Andrew Curiel top scored for the hosts with 13 points but it was Fr Mathews who dominated from early on, opening up a 27-55 point lead at half-time leaving an uphill battle for LIT to try and climb. It was a double blow for the squad when they travelled to Waterford on Sunday, where they lost out to WIT Vikings 90-77 to see Vikings secure their first win of the season.

UL Sports Eagles also came out the wrong side of the result in their clash with IT Carlow Basketball early on Saturday, losing out 76-65. A 20-point display from Tarchee Brown wasn’t enough for the Eagles’ as they were behind at the break, 37-28, an the shooting power of Carlow’s Julian O’Keeffe, Dan Debosz and James Butler saw the hosts home to victory.