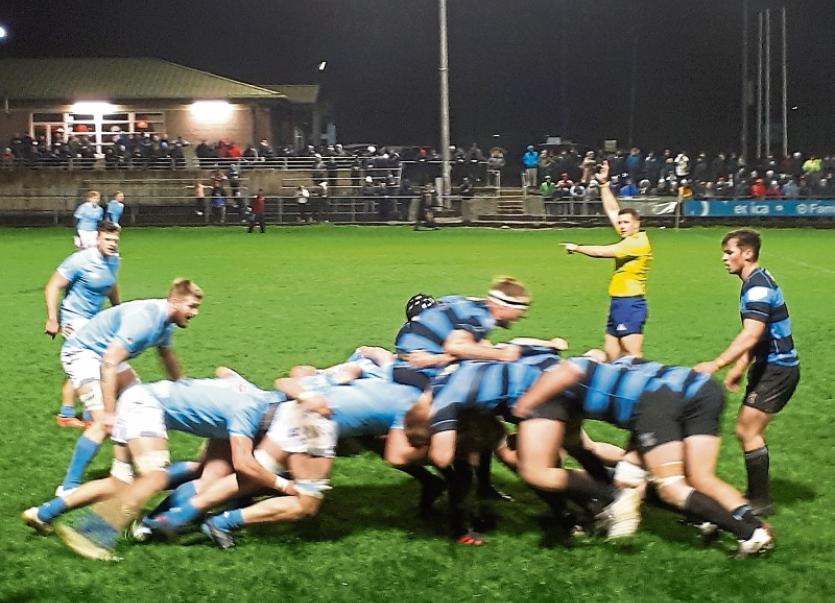 A DRAMATIC late penalty try helped Garryowen edge past great rivals Shannon 30-29 in their thrilling All-Ireland League Division 1A derby played at a wet and windy Dooradoyle on Friday night.

Garryowen scored five tries in all to take a maximum five-point haul from the game, while Shannon, who had led 29-18 at one stage inside the final quarter had to be satisfied with taking two bonus points from the tie as the Parish side also scored four tries of their own.

The weekend results see Garryowen move into fifth place in the table, edged out of the top four play-off places by Dublin University on mere points difference. Next up for Garryowen is a trip to Cork next Saturday to take on UCC at the Mardyke.

Shannon sit in seventh place in the table, but are just four points off the play-off places. The Parish side host UCC in their final fixture before the Christmas break at Thomond Park's back pitch on Saturday next.

Despite the howling wind and persistent showers which made for difficult playing conditions this was a hugely entertaining Limerick derby which produced no fewer than nine tries.

WATCH: Hard to do full justice as to how bad conditions were for much of last night's All-Ireland League Division 1A derby between @GarryowenFC & @Shannon_RFC but this footage gives an idea. 8 tries scored in terrific contest. Club game has much to offer! @Limerick_Leader #AIL pic.twitter.com/rvzZvjYcWa

The see-saw nature of the scoring continued in the opening minutes of the second half as Flannery and Garryowen out-half Ben Healy traded penalties.

The visitors took a grip on the game soon after, scoring 13 unanswered points, with tries from substitute scrum-half Craig Casey on 64 minutes and the bonus point try from Pat Ryan two minutes later, while Flannery had earlier added a penalty goal.

Trailing by 11 points, Garryowen were facing an uphill battle if the ‘Light Blues; were to make it three wins on the bounce. A third Garryowen try on 70 minutes from Kevin Seymour gave the home side hope of staging a comeback.

The match referee awarded a decisive penalty try for the home side as Shannon were penalised for a series of infringements deep inside their own ‘22.